On today’s Biodiversity Day, WWF-Hong Kong is pleased to announce that 4 projects are awarded with the Asian Flyways Initiative Grant (AFI Grant) under Asian Waterbird Conservation Fund (AWCF). Mr. Doug Watkins, one of the Committee Members of AWCF and the Chief Executive of East Asian-Australasian Flyway Partnership Secretariat said “The Lianyungang-Ganyu coast in Jiangsu Province is of outstanding importance as a wintering and migration staging site for migratory waterbirds along the flyway. Maintaining or providing high tide roosting sites there is critical given to high levels of past reclamation and potential development of previously reclaimed coastal areas. We believe the project Conserving artificial high-tide roosts for the shorebirds of Lianyungang by Spoon-billed Sandpiper in China must become part of the solution to the conservation of migratory shorebirds, echoing with “”We’re part of the solution””, the slogan of the Biodiversity Day 2021.”

“WWF-Hong Kong has been carrying out environmental education work in Hong Kong since 1980’s and we understand the importance of raising public awareness to achieve conservation success. We share the same belief of the Committee that supporting the Ministry of Land and Environment Protection of DPR Korea to produce a documentary to promote Kumya Migratory Birds Reserve and Nature Conservation Society – Myanmar to continue the involvement of local conservation groups in the conservation of critically endangered spoon-billed sandpiper in Gulf of Mottama is important to engage wider communities to conserve more wetlands along the flyway.” Ms. Nicole Wong, Acting CEO added.

Besides the East Asian-Australasian Flyway, AWCF also provides financial support to conservation work of migratory waterbirds on the Central Asian Flyway (CAF) and in the coming two years, Bombay Natural History Society will work on Akshi Beach on the west coast of India where nearly 10,000 migratory waterbirds including some globally threatened species face various disturbances brought by tourists such as all terrain vehicles, speed boats and plastic wastes. The Society will carry out bird ringing and colour tagging in order to understand the migratory pattern of the waterbirds wintering there, organize workshops for local communities on bird migration studies and develop a framework for ethical tourism activities. The great knot which was flagged in Yalujiang in China in August 2020 but appeared at Akshi in the following winter reflected the connection between the EAAF and CAF and the project can be the one to remove some of the mystery. 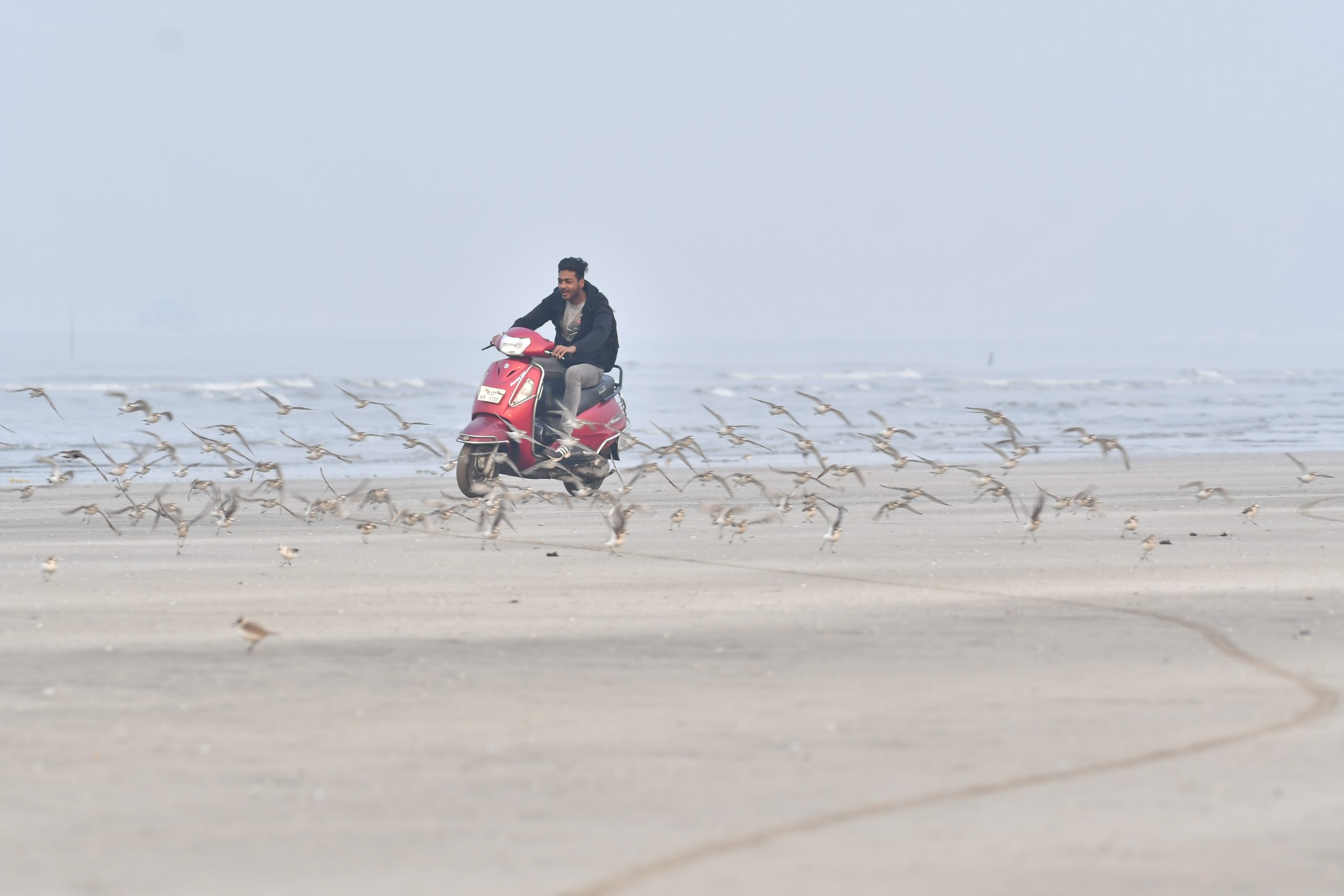