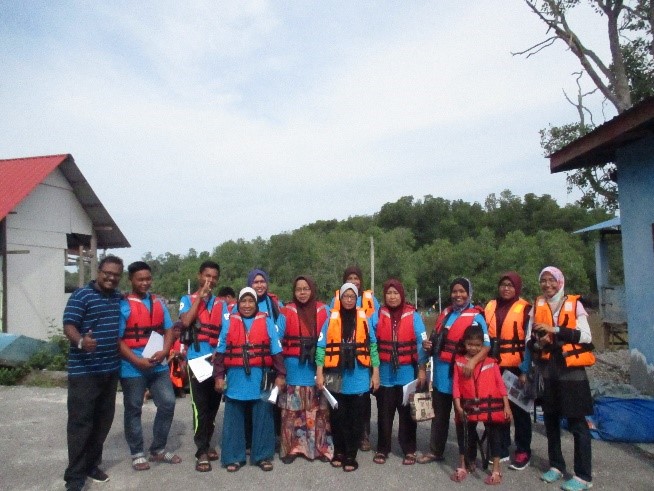 The Asian Waterbird Cencus (AWC) was held at Sungai Buloh Sasaran together with the community on 20th January 2018. The programme started at 9.00 am until 4.00 pm. There were 16 participants who joined this programmed while the facilitators from Malaysian Nature Society (MNS) were Ms Nabilah, Mr Woo Chee Yoong, Mr. Ashokumar, programme officer from Kuala Selangor Nature Park (KSNP) and myself. The objective of this programme is to create awareness and interest among the community about waterbirds and also count the  waterbirds along the north- central Selangor coast. This programme also aim to create awareness among the villagers at Sungai Buloh Sasaran to protect the coastal wetlands which is important for migratory waterbirds as this area is an Important Bird and Biodiversity Area (IBA). The programme started with an opening speech and an introduction about migratory waterbirds by myself, followed by explanation about the East Asian- Australasian Flyway Partnership (EAAFP) by Mr Woo Chee Yoong, an explanation about the AWC form that the community need to fill in during the counting of the waterbirds by Ms Nabilah and lastly a motivational talk by Mr Ashok. 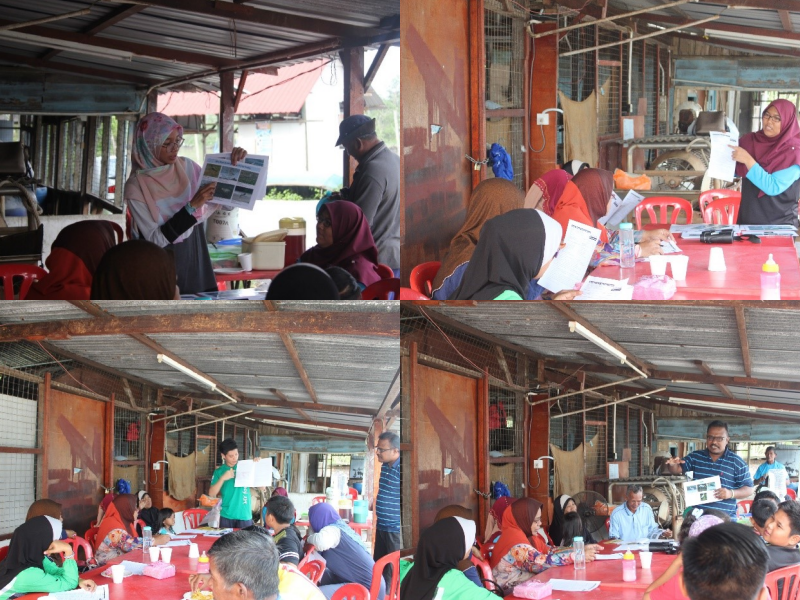 MNS facilitators (clockwise-Anisah,Nabilah, Woo and Ashok) presenting to the communities.

After the presentation, the participants went on  three boats for practice and counted the waterbirds together with the facilitators.  The participants were provided with a binocular and a reference handout of   waterbirds species. . There are many species of waterbirds spotted at Sungai Buloh Sasaran such as Painted Stork (Mycteria leucocephala), Lesser Adjutant (Leptoptilus javanicus), Great Egret (Ardea alba), Intermediate Egret (Ardea intermedia), Little Egret (Egrett garzetta), Cattle Egret (Bubulcus ibis), Grey Heron (Ardea cinera), Black Night Heron (Nycticorax nycticorax) and few species of waders. Some of the species cannot be identified due to the distance and difficult to differentiate between each species that looks almost similar form afar. The participants also discussed about the waterbirds that have been recorded by them with the  facilitators during the identification of the birds. The event was a success and feedback from the participants were positive as all the participants were looking forward for the next bird watching . However, there is still room for improvement for the next programme such as time management and flow of the activities. 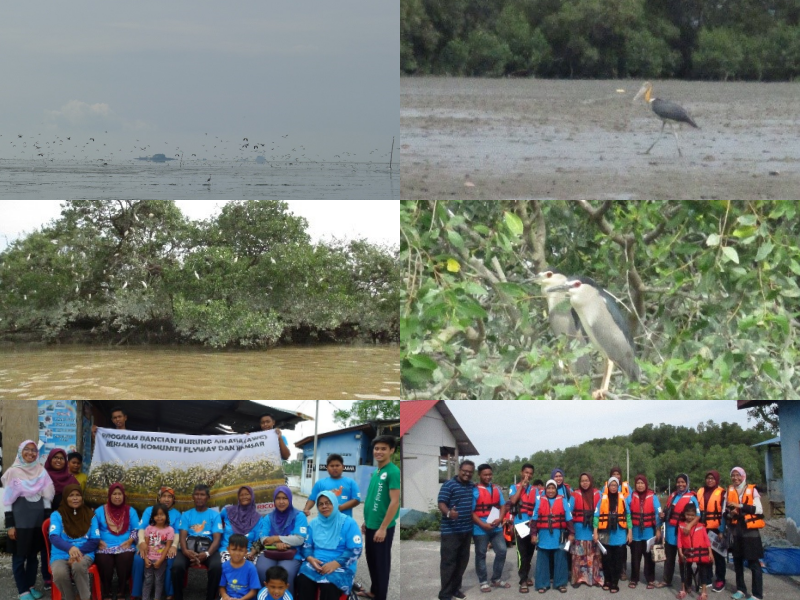 The migration of Hooded Cranes in Korea