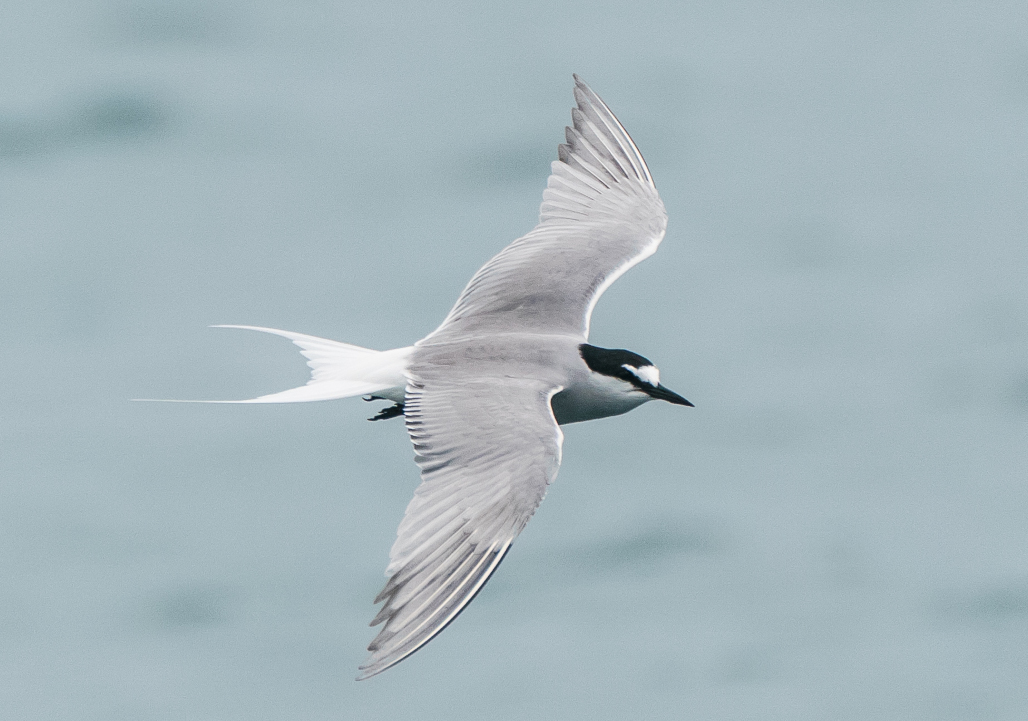 Aleutian Tern (Onychoprion aleutica) is a representative of an East Asian-Australasian Flyway species. It is a medium-sized, coastal and colonial nesting seabird. The species was discovered in 1868 on Kodiak Island, Alaska, but studies are limited, mainly at breeding grounds. Its breeding ground  Aleutian Tern is often found associated with Common Tern or Arctic Tern. The population of the bird is declining and listed as Vulnerable on the IUCN Red List.

in spring and autumn offshore across the East Asia region covering waters in Japan, Korea, China, including Hong Kong and Taiwan, and the Philippines, and in winter found in the tropical western Pacific region including Indonesia, Malaysia and Thailand. Recent vagrant records reached Australia.

The Aleutian tern breeds on wetlands and solitary rocky islands along coasts, particularly at river mouths, along with sparsely vegetated shorelines, grassy meadows, and marshes. It is pelagic during the non-breeding season.

Breeding season occurs from May-August with egg-laying mostly in June, usually nesting among Arctic Terns in Alaska or Common Terns in Russia. Aleutian terns primarily feed on small fish, but also eat insects, crustaceans and zooplankton. They forage by flying, hovering low over water, and then surface-dip or pounce to take the food from the water surface.

As Aleutian Tern is a species of USFWS and ADF&G “Species of Conservation Concern/Species of Conservation Need”, in 2016, an Aleutian Tern Technical Committee (ATTC) was formally established. The ATTC has members include representatives from US’s federal and state agencies, scientists, and NGOs. ADF&G and collaborators. The recent population declines triggered an assessment of the status of the birds in 2017.