Countries were affected as follows:

The map shows all avian influenza outbreaks observed between 1 October and 28 December 2015 in the East and Southeast Asia region by subtype and species affected: 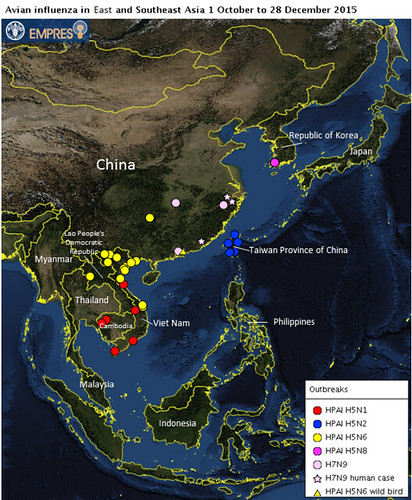 Thanks to Scott Newman, FAO/the Avian Influenza Working Group Co-chair for this summary.

To find out more, please click the links below: