Black-faced Spoonbill is a threatened bird species of global concern. It mainly inhabits East Asia. Over the last decade, the number of Black-faced Spoonbills had shown an upward trend with a record total of 2,725 birds this year, accounting for an increase of 1.2% from last year. 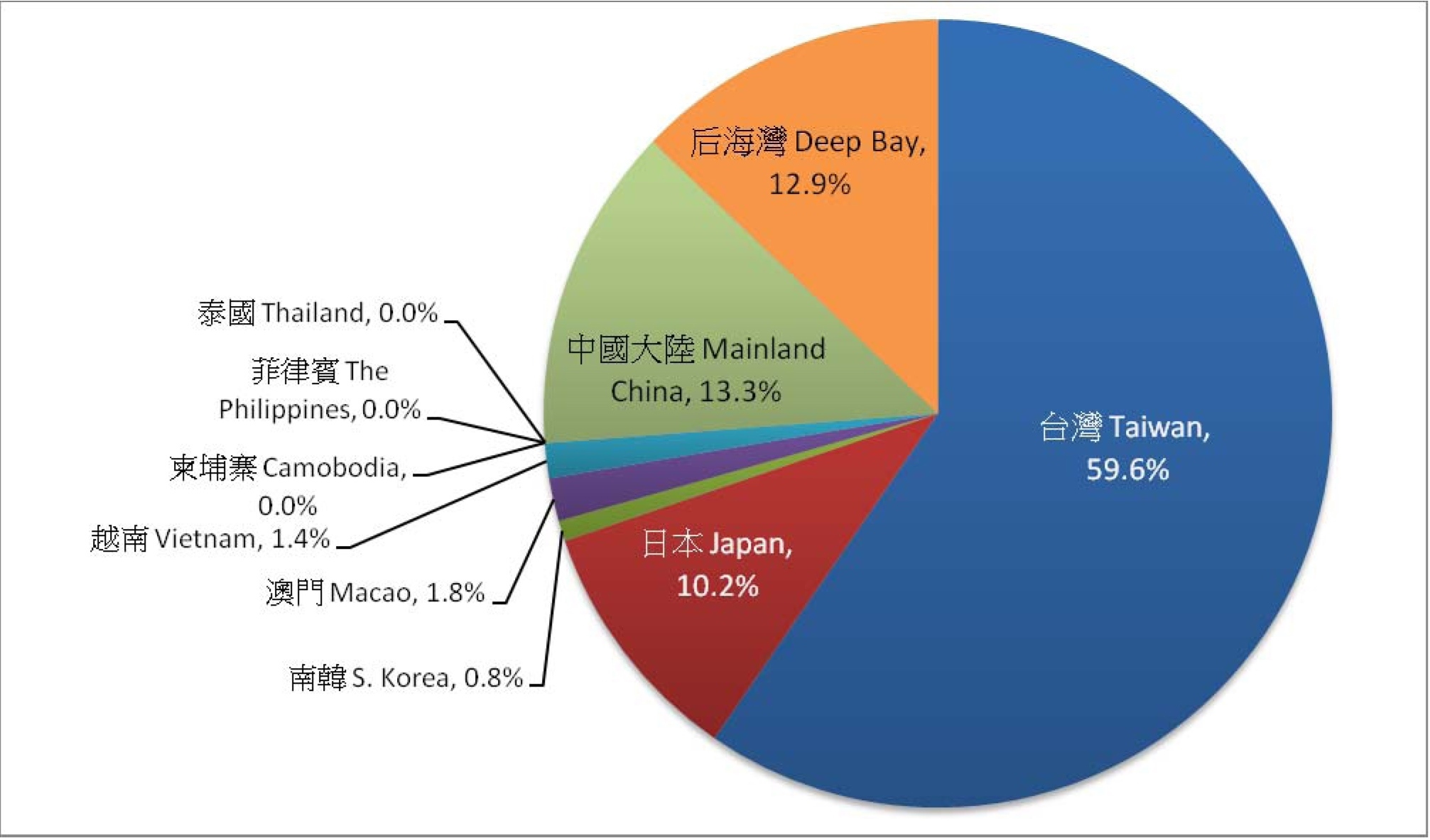 At present, habitat destruction and deterioration remain as the biggest threat to the survival of Black-faced Spoonbill. Development projects have been undertaken in many coastal areas, such as in South Korea, Macau, Fujian, Zhejiang and Hainan. Illegal poaching activities are still observed in some locations. For instance, a total of 5 Black-faced Spoonbills were found and confiscated in a restaurant in northern Vietnam in December 2010. The Deep Bay area in Hong Kong is under huge pressure for development. As such, the conservation of Black-faced Spoonbill still has a long way to go to assure the future of the species.

Since 2003, the Hong Kong Bird Watching Society has coordinated the global population census of Black-faced Spoonbill. This year’s census was held on 11-13 January 2013 with the participation of over 100 volunteers, recording a total of 2,725 Black-faced Spoonbills, 32 more than last year’s total of 2,693 birds (a rise of 1.2%), reaching a new population high. In this census, Taiwan remained the largest wintering site for Black-faced Spoonbill with 1,593 birds recorded. While the numbers recorded in mainland China and Taiwan increased, those in Deep Bay area (between Shenzhen and Hong Kong) and Japan plummeted. A summary of the census results is appended below:

This Society would like to take this opportunity to thank all regional organizations and volunteers for their participation in the census, contributing to the smooth conduct of this census throughout all years and therefore better conservation of Black-faced Spoonbill in the region. We are also indebted to Schmidt Marketing (HK) Ltd for sponsoring part of the expenses incurred.