Eaaflyway > News > A short report on the EAAFP MOP9, Singapore

A short report on the EAAFP MOP9, Singapore 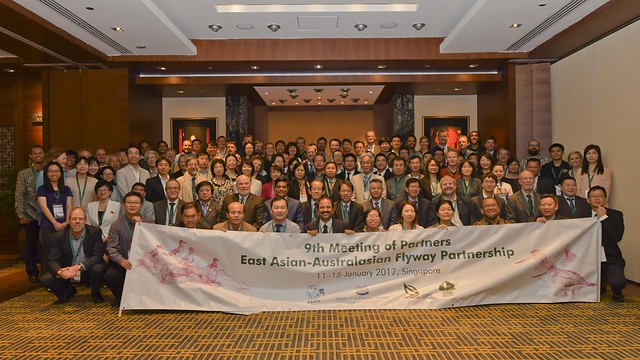 After months of preparation, EAAFP MOP9 finally took place on 11-15 January 2017 at the Copthorne King’s Hotel in Singapore. Of the 35 Partners, 31 attended the meeting, including representatives from all country Partners, with up to 110 participants all told. The Partner certificate was received by Hanns Seidel Foundation, EAAFP’s 35th Partner and 13 Flyway Network Site certificates were issued, covering new sites in six countries, including the first nomination for Vietnam.

Since MOP8 two years ago, a Finance Committee established at that time has produced a number of recommendations which resulted in several proposals at MOP9, including: 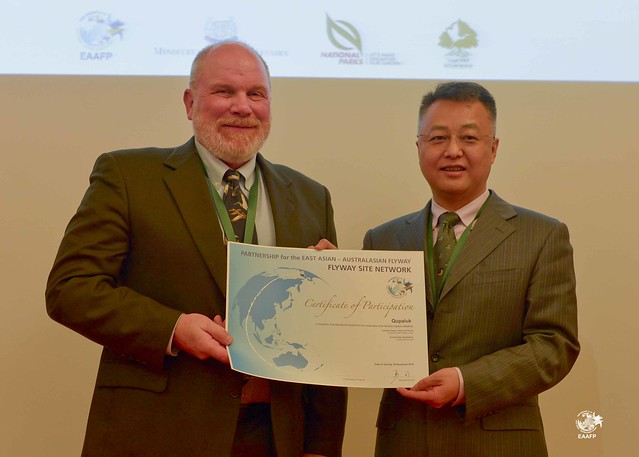 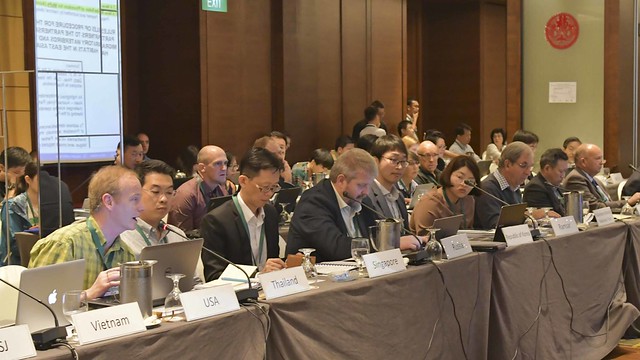 These were all approved, the latter in principle, since the mechanism for voluntary contributions to a non-legally binding instrument does not yet exist for some country Partners. Additional work to increase and diversify EAAFP’s funding base, such as a Supporter Program, will be further explored by the Finance Committee. An Independent Review of EAAFP was also carried out since MOP8 and generated a set of governance proposals at MOP9: 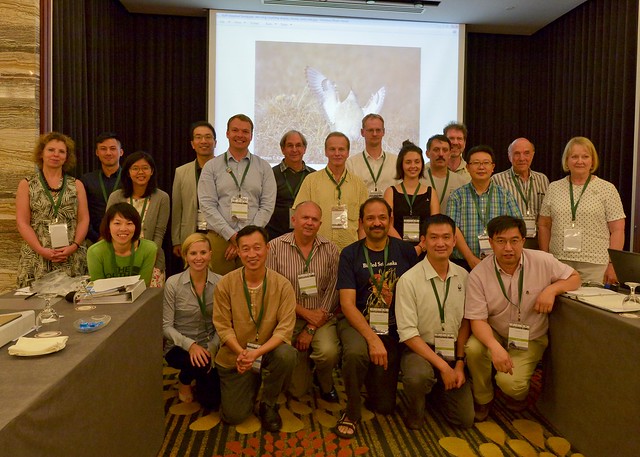 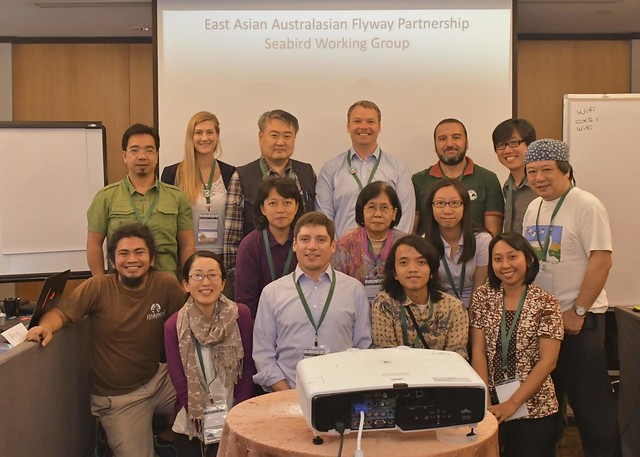 After a series of break-out meetings, these were all adopted at the MOP, with the creation of an interim Technical Committee to be established soon as MOP9 to work intersessionally.

The MOP also agreed on the creation of a Task Force to develop a ten-year Strategic Plan for EAAFP, following on from the current Implementation Plan 2012-2016, which will be extended until the new Strategic Plan is approved at MOP10. A tentative timeline and membership for the Task Force was developed during the meeting. The South East Asia Network, established at MOP8, developed a proposal for implementation of actions, with a timeline and budget, to be pursued through the ASEAN framework. 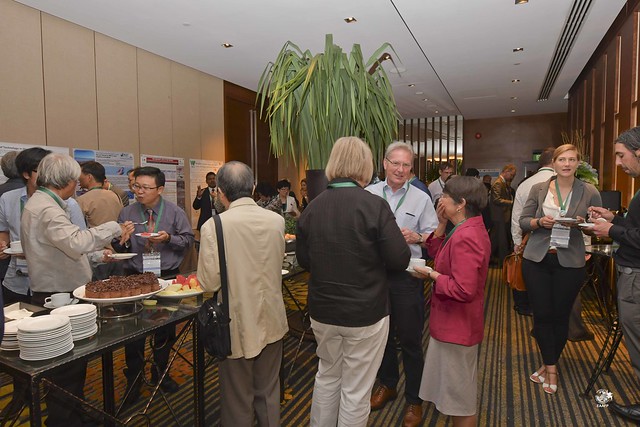 A lot of discussion continued through intermissions © Eugene Cheah/EAAFP

Since some Working Groups and Task Forces have occasionally complained about the lack of time at MOPs to have meetings, some WG/TFs held pre-meetings the day before the MOP, for the first time, to develop reports and workplans. The Anatidae, Seabird, Shorebird and CEPA Working Groups met, as well as the Far Eastern Curlew Task Force. A CEPA Strategy and Action Plan and Single Species Action Plans for Scaly-sided Merganser and Far Eastern Curlew were adopted. A new, interim Task Force on Illegal Hunting, Taking and Trade of Migratory Waterbirds was approved, which will feed into the upcoming CMS COP12 deliberations in the Philippines in October 2017.

The MOP also noted slow progress in updating information on Flyway Network Sites, many of which lack basic information, including geographical coordinates. It was proposed that all current FNS have updated Site Information Sheets before MOP10, when an overview of the Flyway Site Network will be on the agenda. A mechanism for reporting on threats to FNS was proposed. The Monitoring Task Force also agreed to develop a cooperative programme that builds on the existing monitoring activities, to strengthen and enhance waterbird and site monitoring across the Flyway.

With encouragement from the Secretariat, most Partner reports and workplans were submitted prior to MOP9, necessitating, to the relief of all, a much reduced reporting session during the meeting. These will be complied into an overall EAAFP Report and Workplan.

Finally, a new EAAFP Chair, USA, was elected, following the term of China, the previous Chair. Singapore was elected Vice Chair, just reward for the magnificent effort of the Singapore team in organizing a successful MOP9. 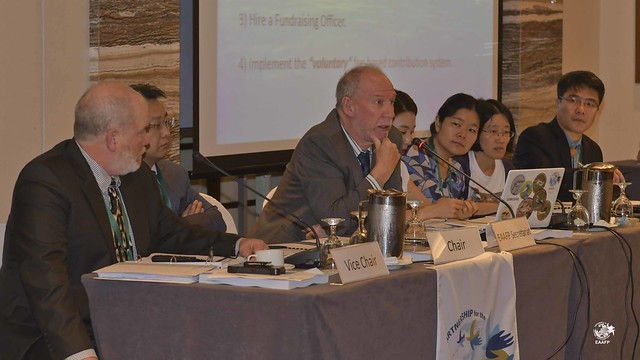