A Briefing on Environment Conservation and Cooperation on the Korean Peninsula

The Democratic People’s Republic of Korea (DPRK) has been active in promoting environmental and nature conservation in recent years since joining Ramsar Convention of Wetlands, and becoming a national Partner of EAAFP in 2018.

On May 17th 2019, the East Asian – Australasian Flyway Partnership (EAAFP), Ramsar Regional Centre – East Asia (RRC-EA) and Hanns Seidel Foundation – Korea jointly hosted the 2nd Briefing on “Environment Conservation and Cooperation on the Korean Peninsula – Engagement through Nature”. The purpose of the briefing was to share information on past and on-going conservation projects in relation to the Korean Peninsula, in particular to DPRK.

A group picture of all speakers and participants of the briefing (Photo Credit: ©EAAFP Secretariat)

The opening speech was given by Mr. Suh Seung-Oh from the RRC-EA. After that, Mr. Felix Glenk of Hanns Seidel Foundation (HSF) gave the first presentation titled “Engagement through Nature in the service of democracy, peace and development” and gave an overview on the conservation and cooperation with DPRK. He started with the introduction of the Hanns Seidel Foundation, which has been active collaboratively in the Republic of Korea since 1987 and in DPRK since 2013. Mr. Glenk talked about different environmental projects in DRPK, like the HSF forestry project and the conservation and wise use of wetlands. He also gave some examples of international cooperation. 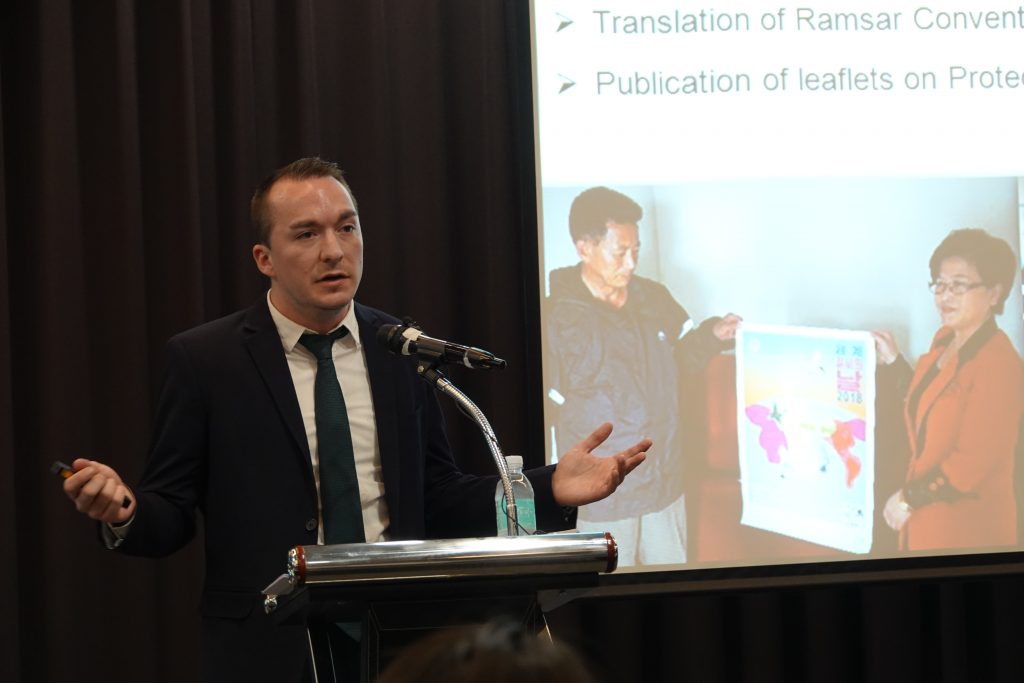 The second speaker was Dr. David Melville from Pukorokoro Miranda Naturalist’s Trust. His presentation was named “The West Coast of Democratic People’s Republic of Korea – Lessons from the visit in May 2019”. Dr. Melville began his presentation with the introduction of the Pukorokoro Miranda Naturalist’s Trust, an NGO founded in New Zealand. Its focus are shorebirds, particularly Bar-tailed Godwit, migrating through the Yellow Sea. It was found that the shorebird populations decline due to the deteriorated condition of the Yellow Sea. As DPRK tidal flats are functioning as a safety-net for the migratory waterbirds of this flyway, it is important to understand the situation in the west coast of DPRK, which is part of the Yellow Sea. The Miranda Trust’s project included a survey on shorebird along the DPRK’s West Coast. This year, the survey team was even given the opportunity to give classes in middle schools in Pyongyang. Lastly, Dr. Melville emphasized that international organizations who would want to work in DPRK should not compete with each other nor work on duplicated projects.

The third speaker was Dr. Nial Moores from Birds Korea. He illustrated the latest visit to Rason, located in the north-eastern part of DPRK, in March 2019. Rason Migratory Bird Reserve (MBR) has been designated as a Ramsar Site in 2018, but at the same time, it was adopted as a Special Economic Zone where it can be allowed to invest by foreign capitals mainly from China, Russia. Even though there is development pressure, for this special site allows investment on more than 150 kinds of business so far, there might be a potential alternative to conserve the site. Rason MBR could be used as an eco-tourism site, particularly birdwatching programme, which might foster the nature conservation of this site. Dr. Moores then shared more first time experience of hosting two bird watching tours from Hong Kong and Mainland China.

Ms. Vivian Fu, who is a Communication Officer of EAAFP, delivered a speech on her visit to Mundok, DPRK in March 2019. Mundok Migratory Birds Reserve located in the west coast line of DPRK near the Chongchon estuary, and it has been designated as an East-Australasian Flyway Network Site[EAAF045] in 2018 with Kumya Wetland Reserve[EAAF044].  Her talk was about the joint visit with WWF-HK, Hong Kong Bird Watching Society and HSF in March 2019, focusing on learning about monitoring and habitat management as well as CEPA (communication, education, participation and awareness) work in the ground level, and whether it could be a future model for nature conservation in the DPRK. There are plans on developing a visitor center at Mundok MBR and organizing a Swan Goose Festival for awareness raising. She highlighted that EAAFP will play a role continuously on supporting future protection for the Mundok MBR together with its Partners. 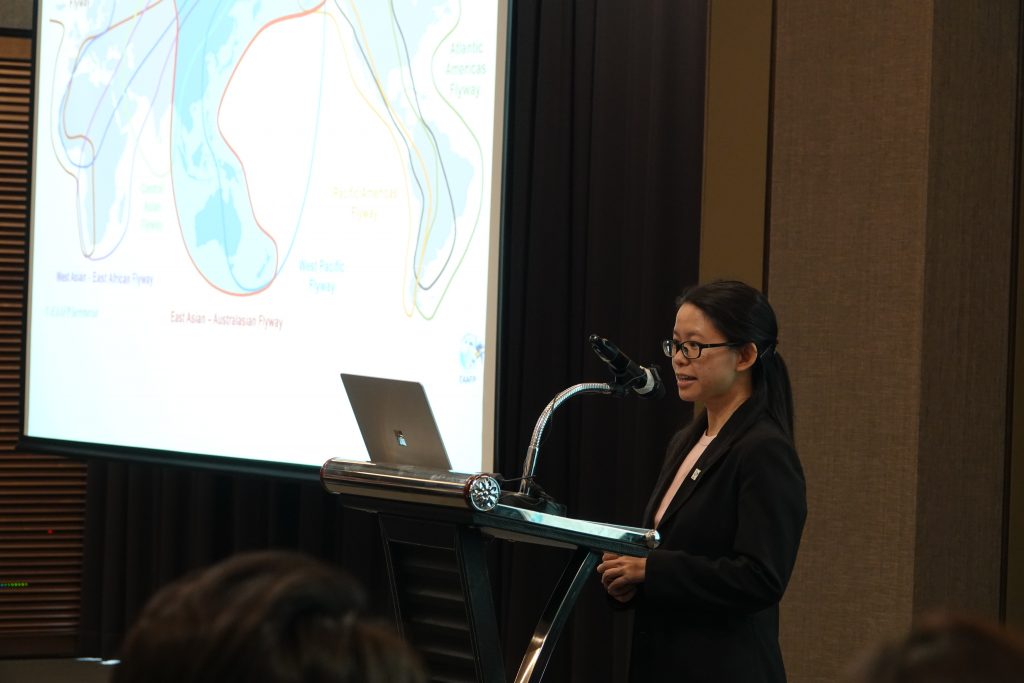 Mr. Philippe Pypaert from UNESCO Beijing office delivered a presentation on the UNESCO‟s Action in DPRK within the framework of the East Asia Biosphere Reserves Network (EABRN). He began with the statement that it is important to promote sustainability beyond nature conservation. Mr. Pypaert introduced EABRN and named examples on the Korean peninsula. Within the EABRN which regionally supporting the Man and the Bioshpere (MAB) Programme, UNESCO has been working for DPRK by cooperating with near countries, organizing meetings together with DPRK and ROK, and building capacity through training courses. At the end of his speech, he once more put an emphasis on how important different organizations to set up integrated working behaviour and integrated management system are essential to achieve the common goal of sustainable development.

The final speaker was Mr. Suh Seung-Oh from RRC-EA. He talked about the prospects for cooperation on the Korean Peninsula. After introducing the organizaiton, which the DPRK joined in February 2019, he introduced the four main areas of work of the center. The four main areas of work are: promoting CEPA, maintaining the network of wetland managers and wetland education centers, managing the RRC-EA wetland fund and supporting the implementation of the Ramsar Convention. RRC-EA commits to the development of R-METT, Rapid Assessment of Wetland Ecosystem services, and Wetland City Accreditation of the Ramsar Convention. 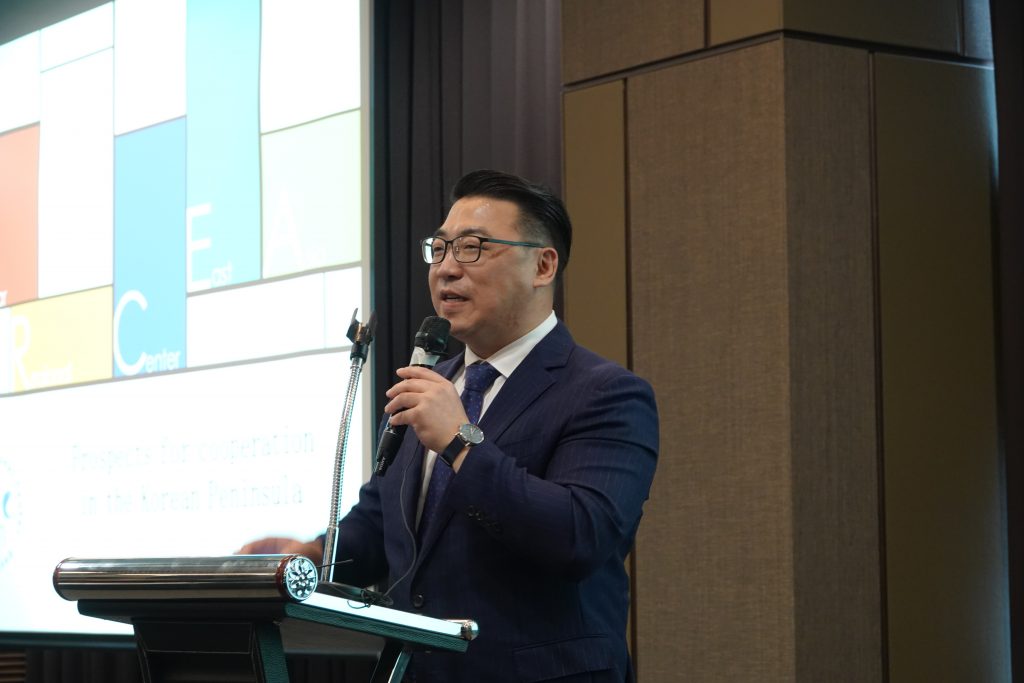 After the presentations, the session was open to question from the audience. Mostly raised issues are relating to coordination with DPRK on environment and nature, especially at the transboundary area. It was also emphasized that continued dialogues with organizations involved in DPRK nature conservation activities is important and to prevent duplication of work. 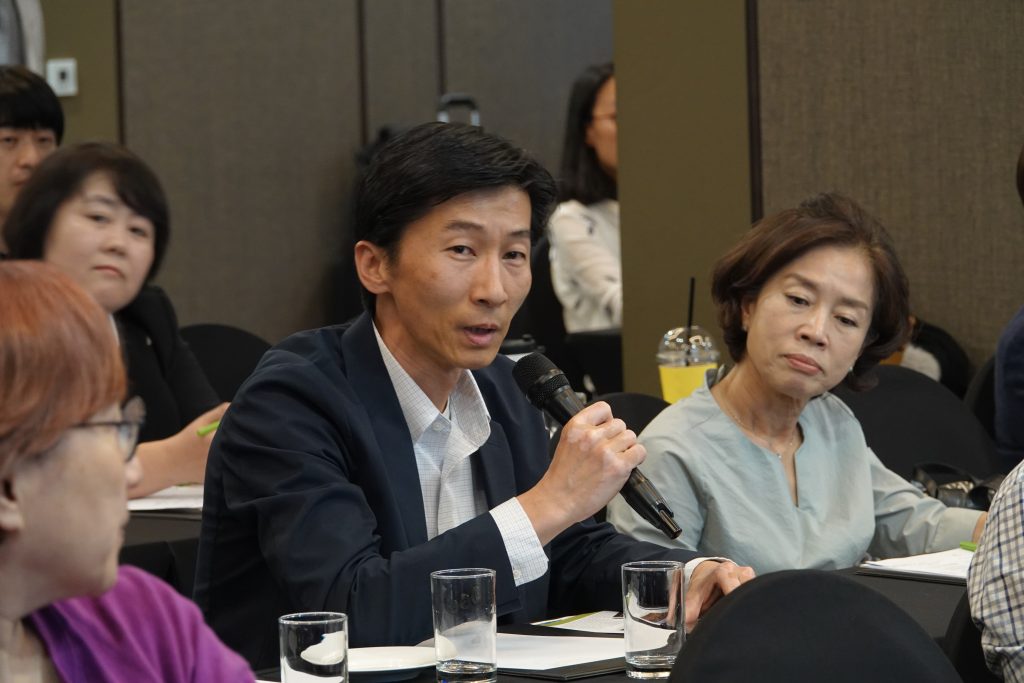 Article on Engagement through Nature: https://korea.hss.de/en/news/detail/environment-conservation-and-cooperation-on-the-korean-peninsula-engagement-through-nature-news4625/