Eaaflyway > All News > Celebrating 2022 World Migratory Bird Day in Villages near the Gulf of Mottama, Myanmar

Celebrating 2022 World Migratory Bird Day in Villages near the Gulf of Mottama, Myanmar 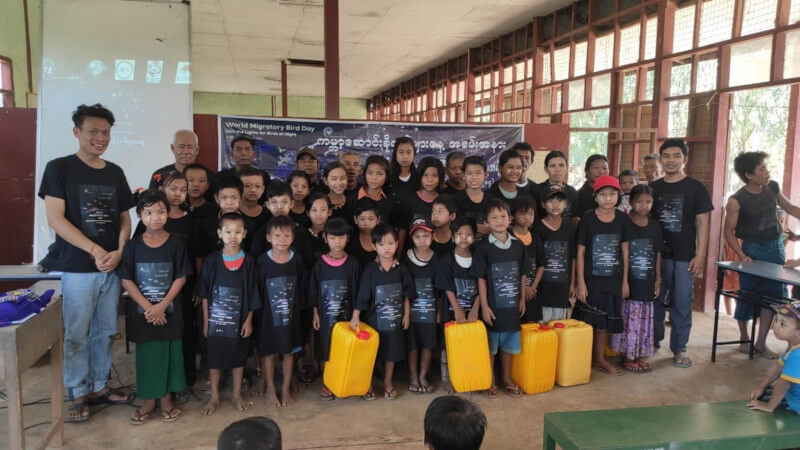 On 10 May 2022, Nature Conservation Society-Myanmar (NCS) organized the World Migratory Bird Day(WMBD) event for 2022 in Basic Education Primary School, Koe Tae Su Village, Belin Township near Gulf of Mottama(GoM) in Myanmar with financial support from EAAFP WMBD Small Grant Fund. The purpose of organizing this event was to raise awareness in local communities on how WMBD was formed and held annually all around the world, and to educate the local communities about the importance of the conservation of migratory birds and wetland ecosystems. 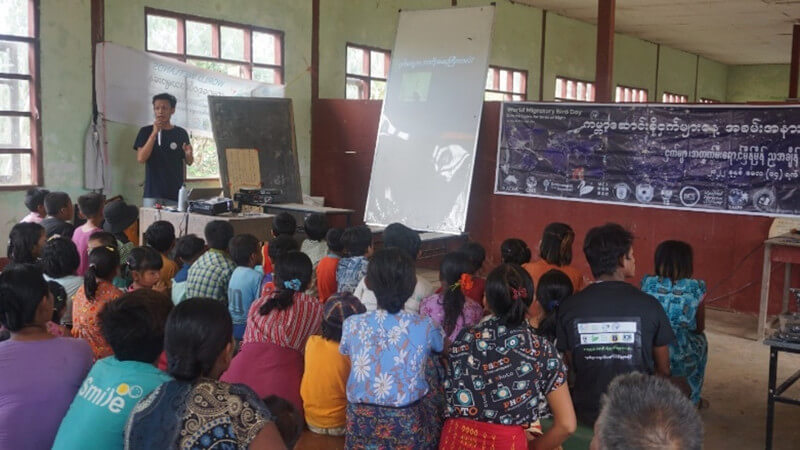 Presentation on WMBD and the theme, Light Pollution©️ NCS

The event started with  visual presentations about the history of WMBD, annual celebrations, the theme of this year - light pollution, and migratory shorebirds, wetland conservation and Ramsar sites were presented. The “Migratory Bird” song and video clips of the six EAAFP Flyway Network Sites in Myanmar and light pollution were shown. The team presented the mangrove forest status and its conservation in Myanmar. Quiz and games were included in the event with an online platform, covering the critically endangered Spoon-billed Sandpiper (SBS), light pollution and migratory birds. the. Questions were shown on the screen and participants were encouraged to the answer quickly. The participants whowere the first to answer  correctly won  prizes. School students aged between 5 and 10 played the Spoon-billed Sandpiper (SBS) finding game and kids who could find the greatest number of SBS were awarded.

Local communities and students were more aware of the theme of WMBD for this year especially the value of the natural dark, increasing light pollution, the impacts of the light pollution on migratory birds and nocturnal animals. They also learned about the six Ramsar sites in Myanmar and their importance in their livelihoods. Participants have also observed the conservation status of the threatened species including the Critically Endangered Spoon-billed Sandpiper that migrate to the Gulf of Mottama and the efforts of local and international organizations working for the conservation. The audience were fascinated by such a little bird to migrate over thousands of kilometres. They were aware that the migratory birds are fully protected under Myanmar Conservation of Biodiversity and Protected areas Law.  Participants enjoyed the songs, presentations and videos, had fun during the quiz and game session. T-shirts with the 2022 WMBD global poster printed on the front were distributed to the participants as souvenirs. 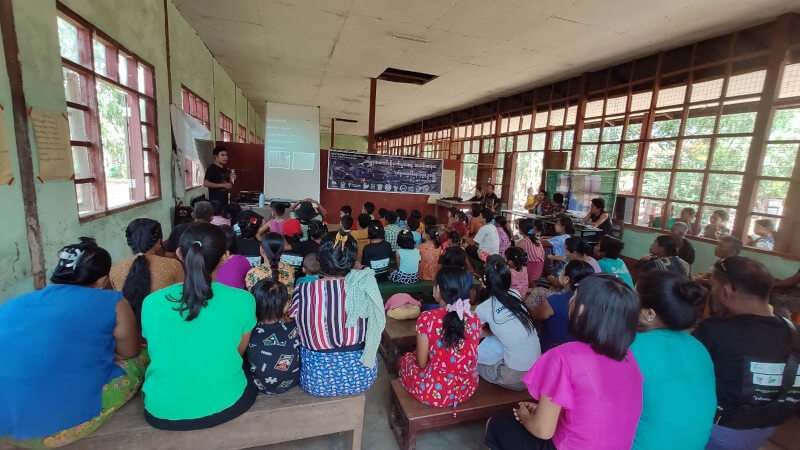 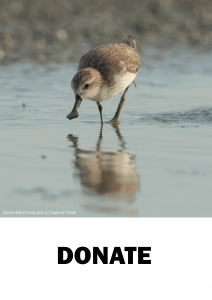