Eaaflyway > All News > At the Nakdong Estuary FNS, river flowing freely for the first time in 35 years

At the Nakdong Estuary FNS, river flowing freely for the first time in 35 years 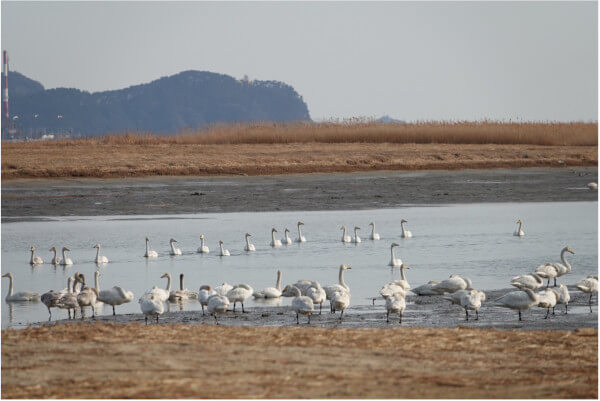 The Nakdong Estuary Embankment was built in 1987 to secure agricultural, industrial, and drinking water by preventing from mixing of fresh and salty water. On the other hand, the bank has degraded water quality, the environment, and the ecosystem of the estuary. There has been a long discussion on opening Nakdong Estuary Bank’s floodgate for 35 years. One of the previous discussions was introduced on the EAAFP website (click here). Eulsukdo near the bank is one of the important sites for migratory birds. Especially in the mid-80s, over a million swans and geese visited the site every year. This site used to be productive on plankton, shellfish, crabs, and fish to accommodate millions of waterbirds. However, after the completion of the estuary bank, the number of waterbirds has drastically declined to only about 5-10% of the numbers recorded in the 1990s.

In the end, the floodgate of the bank (W 2,400m x H 18.7m) has been fully opened since 18 February 2022. This is based on the research work from 2017 to 2021, comparing the effect on the number of fish species between flowing and closed water bodies in the estuary.

After the decision and its implementation by the RO Korean government, EAAFP Secretariat staff including Ms. Hyeseon Do, Ms. Yeonah Ku, and Ms. Hyoeun Kim visited the FNS from 21 to 22 February 2022 to meet conservationists and staff from local environmental NGOs, research institutes, and government officials to encourage this important project of wetland restoration. 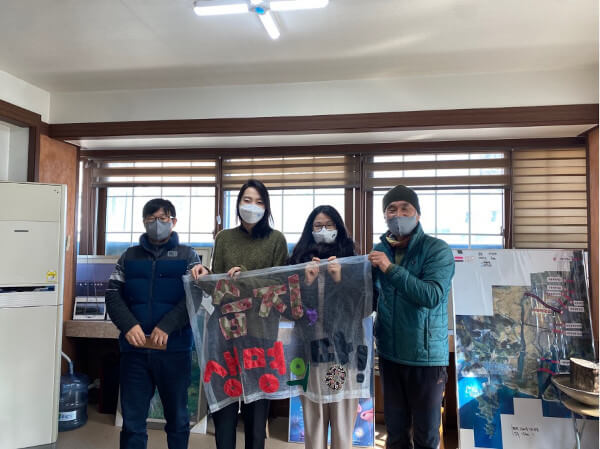 They visited the office of Wetlands and Birds Korea (WBK), an environmental organization that worked for the conservation of birds and wetlands at the Nakdong Estuary since 2000. Mr. Junerog Park and Mr. Sihwan Kim from WBK informed the trend of birds population and the constructions issues at the Nakdong Estuary. Busan Metropolitan City has been planning to build more than the existing 10 bridges (including two bridges for subways) across the Nakdong Estuary. Furthermore, its monitoring results were discussed with other organizations out of RO Korea, which they used to share with the Australasian Wader Study Group. It was touching to hear that they had felt connected when had heard from other bird watchers from Australasia first time and; also their thoughtful care on decreasing bird populations, especially the Spoon-billed Sandpiper in Nakdong be broadly recognized. 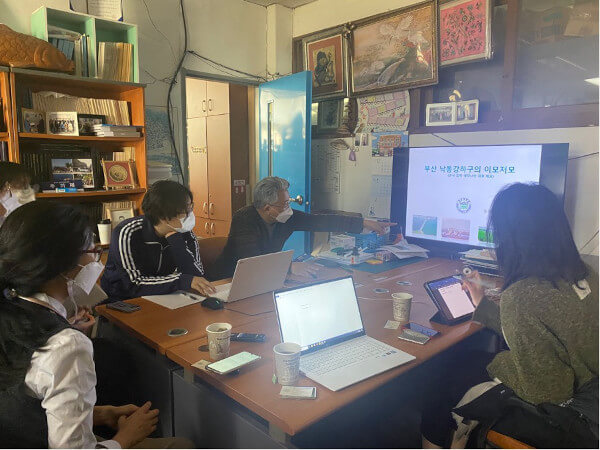 The next stop was the Freshwater Ecology Lab of Pusan National University. Prof. Geajae Joo gave a presentation on the status of the Busan Eco-city and Eulsuk Island. The researchers and Professor Joo from the lab were involved in the research which supported opening the water gate of the Nakdong Estuary Bank. Thanks to the meeting, the team could understand more about the perspective of the government and public corporations of Ro Korea on river management of the site. 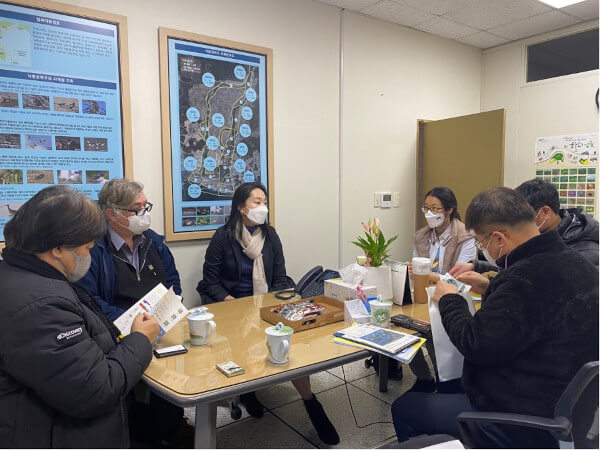 At the Nakdong Estuary Eco Center in Eulsuk Island, we had a meeting on the core protected area of the island and the potential FNS manager workshop in 2023, with Dr. Nial Moores from Birds Korea and the director of the Eco Center. Dr. Nial Moores was involved in designing the core area and the center in the early phase, with Prof. Geajae Joo’s team. After that, Dr. Hyunwoo Kim guided the center and Eulsuk Island Ecological Park. they had a conversation on the management of the core area and the center for planned renovation.

The natural flow of the Nakdong River and its effects should be carefully considered, which could encourage other rivers/ estuaries’ ecological restoration. All the effort and passion of the conservationists and researchers who worked for the estuary will pay off, hopefully in the near future.