Eaaflyway > All News > Artificial Nests Program for the Endangered Scaly-sided Merganser in Russia: A brief report of the 2021 results 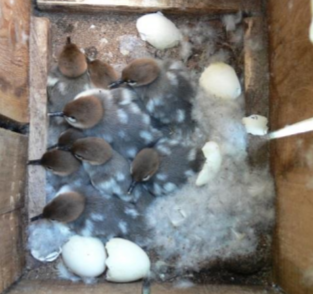 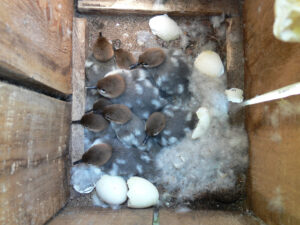 The Scaly-sided Merganser Mergus squamatus is a globally threatened seaduck, classified as Endangered on the IUCN Red List since 2002. The species is endemic to East Asia. This is justified on the basis that it has a very small population which is suspected to be undergoing a continuing and rapid decline as a result of habitat loss, illegal hunting and disturbance. This duck relies on old-grown trees with cavities for nesting and nearby feeding habitats are clean mountain rivers. These habitat requirements restrict the recent breeding range in the Sikhote-Alin Mountains in Far Eastern Russia (primarily in Primorye and Khabarovsk) and Changbai Mountains, the ridge shared between China and DPR Korea (Hu et al. 2021). Based on surveys in the breeding range during 2000–2012, the population is estimated to be c. 1,940 pairs (or c. 4,660 birds prior to reproduction) (Solovyeva et. al. 2014). The latest surveys in 2019-2021 confirmed even fewer birds in the world population.

The CMS Single Species Action Plan for Scaly-sided Merganser (see here) stated an objective to increase the productivity and survival rate of juveniles through coordinated artificial nest box programmes. It is in particular devoted to the Action 33 of the Action Plan: Nest box programme within the existing breeding range (Figure 1).

There were 75 artificial nest sites (hereafter ANS) checked for occupation in spring 2021 in all four existing “incubators”. The occupation rate ranged from 0% along the Anuy R to 54% on the Avvakumovka R (Figure 2). We suggest the failure of ANS program in the Anuy R “incubator” might be related to the (1) high abundance of natural cavities (Solovyeva et. al. 2013), (2) low density of pairs, (3) slightly wrong construction of the nest box (side entrance is close to the box bottom making female exposed to the wind).

There were 27 Scaly-sided Merganser nests in ANS in 2021. It seems this number of active nests is maximal possible with the reasonable efforts to maintain artificial nests. Among 53 pairs counted in the Kievka R Basin 16 were nesting in ANS in 2021. Apparent nest success of the Scaly-sided Merganser was 0.769 in 2021; four clutches were depredated, and two clutches were abandoned by incubating female. A total of 177 ducklings hatched, including in clutches of unknown size (estimated as average 10 eggs). Minimal (known) number of ducklings hatched in ANS during all years was 1931; while maximal number might be about 2452 ducklings. 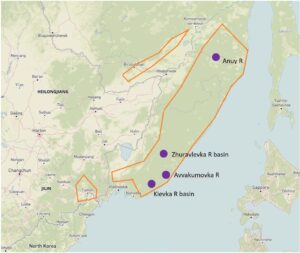 Figure 2. Number of artificial nest sites available (total), non-occupied (blue) and occupied by Scaly-sided merganser (red) in 2021. The proportion (percentage) of ANS occupation is indicated on top of each column.