The last two decades have seen a tremendous increase in the development of scientific studies and conservation of birds in Asia. The pace of this progress is quite immense and it now requires researchers to think about new ways to move forward. It is clear that Asian ornithologists need a structure to facilitate easier communication that would work for countries with diverse economic, ethnic, and political backgrounds. During the International Ornithological Congress in Vancouver that was held in August 2018, about 50 Asian ornithologists gathered at a meeting to discuss the establishment of an Asian Ornithologist’s Working Group. Also the idea of convening an Asian Ornithological Conference (AOC) was initiated from this meeting.

The First AOC was scheduled to be convened in Guangzhou, China in late November 2020. It was rescheduled to 9 to 11 November 2021 in Zhuhai City due to the COVID-19 global pandemic. Later, it was decided to be a virtual meeting with local facilitators in Beijing, Shanghai and Guangzhou on the same date. The China Ornithological Society and International Ornithologists’ Union are two of the main organizers to the AOC.

There were 257 registered participants at The First Asian Ornithological Conference, about 100 of them are from China and the rest from other countries (countries other than China with the highest number of participants were Japan, Republic of Korea and Thailand). Totally 69 presentations and three round-table discussions were held. With topics covering a wide range of ornithological studies.

In addition, there were three Round Table Discussions (RTDs): on the research and conservation follow-ups of the Yellow-breasted Buntings since the 2016 International Workshop in Guangzhou, another more general RTD on migratory birds, and an RTD on the formation of the Asian Ornithological Alliance.

During the RTD about Asian Ornithological Alliance, delegates exchanged the idea of created an Asian Ornithological Alliance during the AOC. The Alliance will be an umbrella organization that would create a collaborative environment for all ornithologists in Asia. There will be elected chair, vice-chair, and regional coordinating units that will help facilitate discussions and coordination on special topics and projects, and holding regular meetings and conferences for effective information and experience sharing among members. 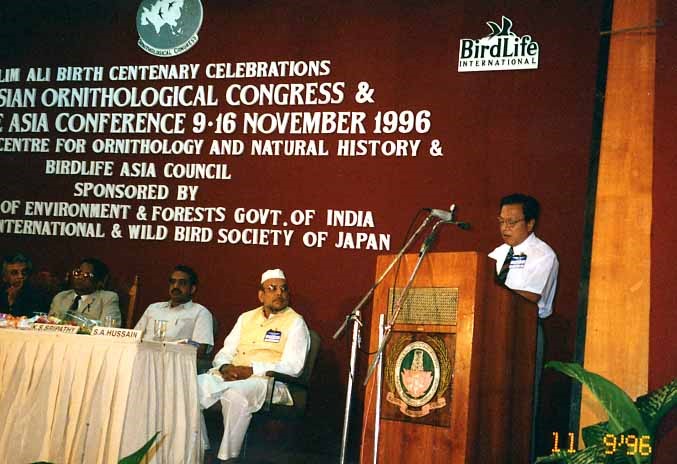