Eaaflyway > All News > National Monitoring of Black-faced Spoonbills and study on their habitats in the Republic of Korea, 2020

Study about breeding status, population, national distribution, and habitat use by satellite tracking were conducted for the first time, for the conservation of endangered Black-faced Spoonbills in the Republic of Korea. Max. 3,327 birds were observed by the simultaneous monitoring on September, 2020 from 20 main sites including 7 sites of Incheon in Korea. The population was estimated about 3,861 birds by max. counts on each site in Republic of Korea. Approximately 5,000 birds were assumed including the population using on Democratic People’s Republic of Korea after breeding from Republic of Korea. About 65% of them were observed from Incheon city and Gyunggi province, and approximately 98% were inhabited along western coast of Korea. Main habitats were Yeonggwang, South Ganghwa, Yeongjong-do, Hwaseong wetland, and Yubu-do. More than 700 birds were only observed from Yeonggwang which was the most concentrated area. Annual survival ratio was estimated about 80% according to re-sights of color bands, but the survival ratio of juveniles would be lower. Black-faced Spoonbills has used on habitat nearby after the breeding, but some of them has moved to far away. And Black-faced Spoonbills have used mainly on tidal flats, but they have also used on diverse habitats such as reservoir, reclaimed area, channel, abandoned salt pan, and agricultural land. The migration has started from mid-October to late-November, and the distance was shortly from 400 km far to 4,000 km. The pattern of migration was divided into 2 groups, which one group has directly flown to China across Yellow Sea, and other group has flown along west coast of Korea, then moved to China, or Japan. Some of them showed irregular flyway just like wandering. The main threats for Black-faed Spoonbills were predators, accidental collision, fishing lines, and development of the coast. Steady efforts for conservation of the habitat were needed such as designating for protected area, stopping coastal development and reclamation. Civil co-operation by public awareness would be important for conservation of the habitat.

Table 1. Number of individuals from National Black-faced Spoonbill monitoring from August to October 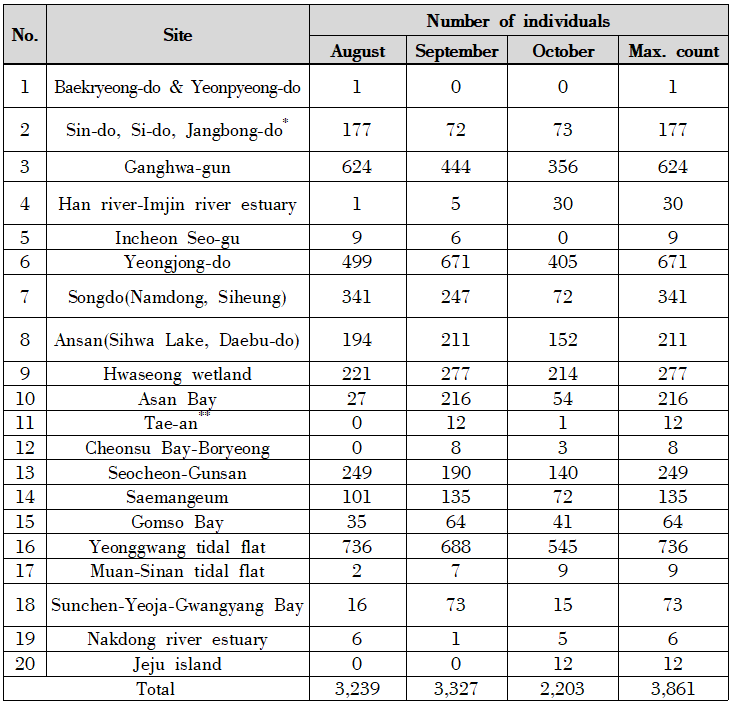 Table 2. Sum of re-sights of color bands attached from Korea in 2020 year. 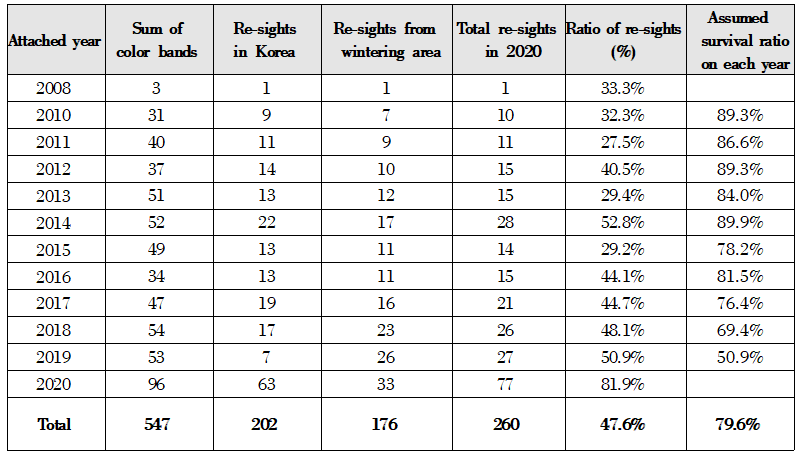 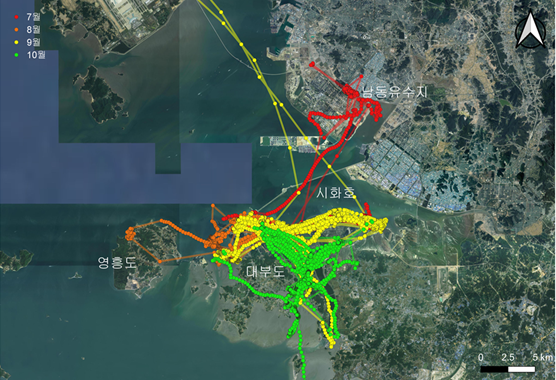 Figure 2. Habitat use of color band Y59 after fledged from Namdong reservoir. 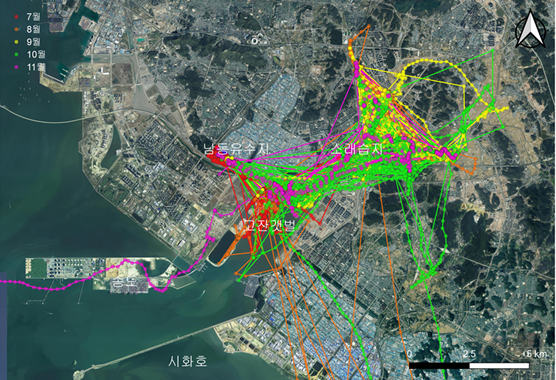 Figure 3. Habitat use of color band Y70 after fledged from Namdong reservoir. 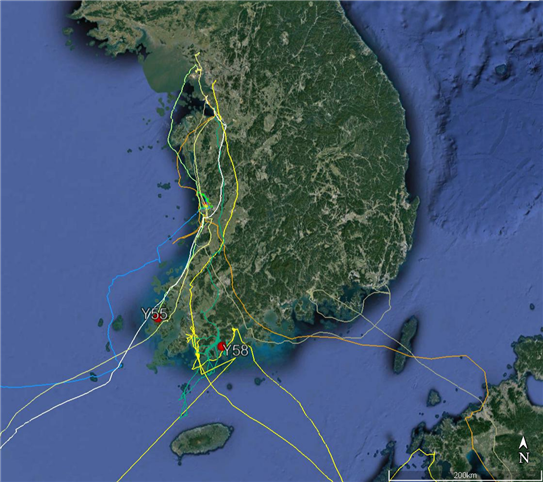 Figure 5. Disturbance by fishing on the stone embankment which is the roosting site of Black-faced Spoonbills at high tide.

original documents can be found here: