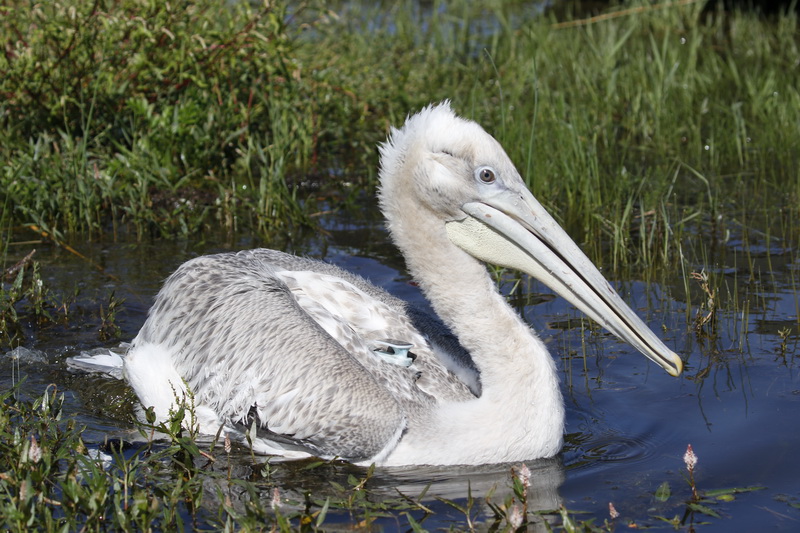 After several years of careful planning, Mongolian biologists captured and color-banded 13 juvenile Dalmatian Pelicans at Khar Us Lake National Park (Flyway Network Site EAAF 128) in August 2020. Because the population situation is too fragile due to its extremely low number, we sought various advice about the methods and tools that can be used to capture and mark them. We invited experts from Greece and Russia with field experiences in handling and marking pelicans and asked for practical advice before we lay hands on pelicans.

In addition to alphanumeric yellow color bands, which were donated by Society for the Protection of Prespa (SPP). We deployed two GSM GPS transmitters as backpack on the two biggest juveniles. Those two transmitters were donated by BirdsData, a Chinese GPS transmitter manufacturer. We were all excited. Thankfully the transmitters are working well to date despite having some difficulties to transmit the data on regular basis in the wintering area because of the frequent condition of having thick clouds.

Migration of the first juvenile pelican started on 25th September  and arrived at its final destination in Wenzhou Bay in East China on 8th January, after travelling over 4,200 km distance in 105 days. The second juvenile started its migration on 2nd October and arrived at the same place on 8th December after travelling over 3,800 km in 62 days. They used similar routes and made 14-15 stops during this migration. Both birds flew between stopovers on an average 5-9 hours from the morning till the evening until they reach a night roost. It seems their successful migration highly depends on available night time roosts during this long journey. We were astonished by seeing both birds have roosted on open steppe area in the middle of Gobi desert, most likely an area without open water. One of these dry roosts was even located in the middle of a busy road. High precision GPS tracks of one bird showed that it walked about 17 km after it landed on an open area and changed its locations three times on that night. It must have been hard for the pelicans to spend the night on such dry roosts. Fortunately, both birds spent the nights safely and continued their migration next day without any incident. 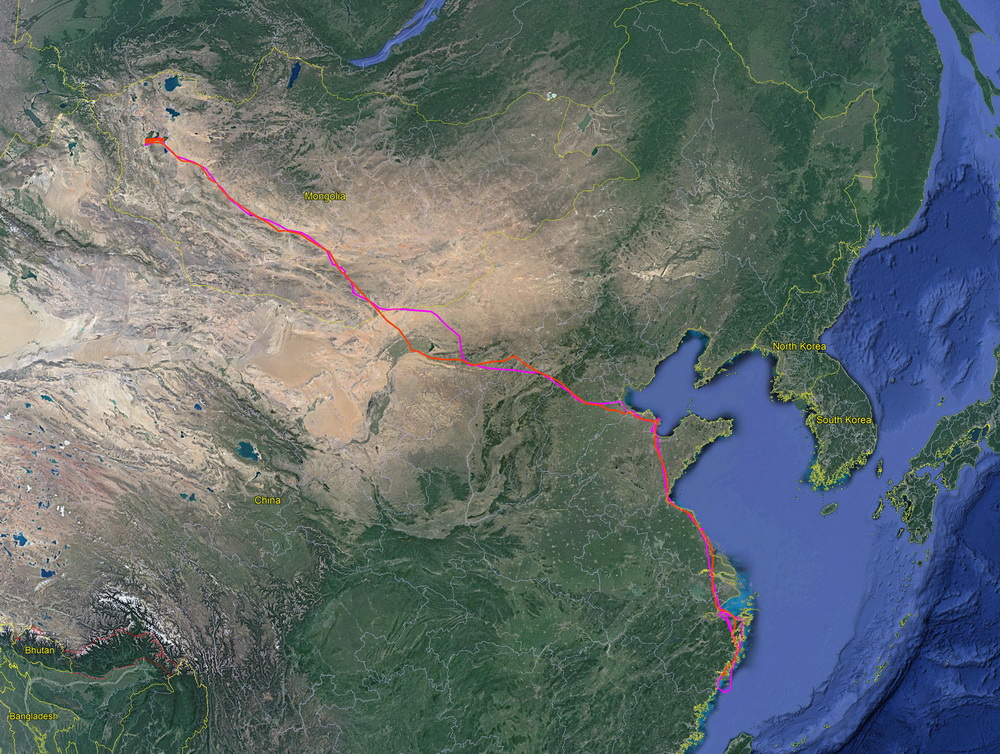 Compared to populations in other parts of the range, Dalmatian pelicans in East Asia make the longest migration. The tracking data showed that the two tagged pelicans made regular daily stops when flying through Mongolia until they reached their first stopover site in China. We were relieved when birds safely arrived at Yellow River in Inner Mongolia, because it is the largest open water where the pelicans rested since they left Orog and Boontsagaan Lake in Mongolia, which is over 1,000 km distance. Once birds reached China, the number of wetlands where they can rest seems to be more abundant. However, the birds also seem to be quite picky when choosing stopover sites. At the moment, we are not completely sure what makes them choose one site over another. We will need more tracking data to draw some meaningful conclusions about their stopover site selection.

Two pelicans stopped at several locations along the east coast of China such as Beidagang Reservoir, Yellow River Delta, Haizhou Bay, Zhonglu Harbor, Daiyugang outflow, Yangze River, Hangzhou Bay, Taizhou Bay, and Wenzhou Bay. They all seem to be extremely important for Dalmatian Pelicans to successfully continue their migration. It is crucial to ensure the connectivity of these sites to sustain their migration.

Since the two tagged pelicans arrived in China, birdwatchers and conservationists in China are helping us to report the location and number of pelicans. We appreciate their help very much, because they are making really important contributions for the conservation of the pelican. The sharing of inforamtion help the researchers to understand more about the species and the causes of their decline. The latest report from the Wenzhou Bay came 2 days ago saying the pelicans might have started heading back to the north. 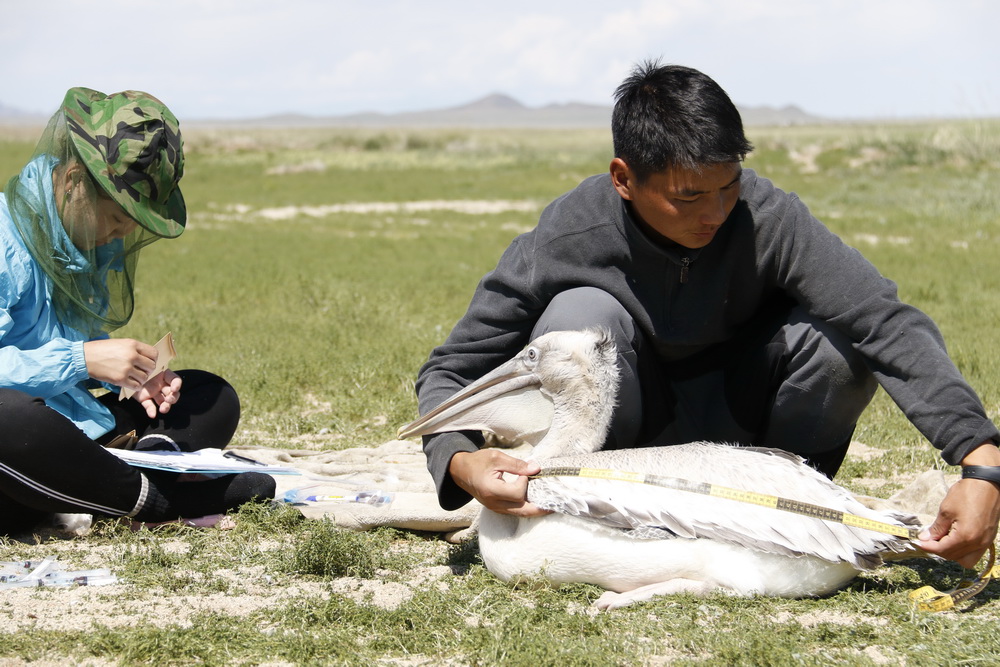