Eaaflyway > All News > Chair of EAAFP, Mr. Pete Probasco to step down

Chair of EAAFP, Mr. Pete Probasco to step down 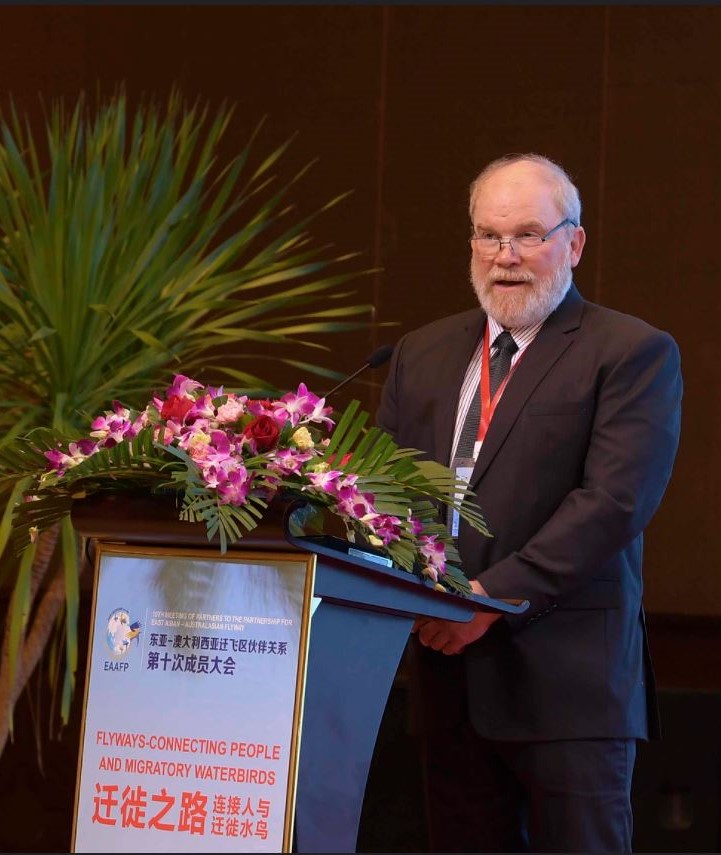 Mr. Pete Probasco, Representative of the U.S.A. Government and Chair of EAAFP, has stepped down after seven years of engagement with the EAAFP.

Pete was first directly introduced to the EAAFP when the US Fisheries and Wildlife Service hosted EAAFP MoP 7 in Anchorage, Alaska in June 2013.

For the past seven years, Mr. Probasco has held three leadership positions for the EAAFP. He was Chair of the EAAFP Finance Sub-Committee for 2 years and Vice-Chair of EAAFP between 2013 to 2017. As the Chair of the EAAFP, he successfully led the Partnership at MOPs 9 and 10 to enhance the international collaboration for the conservation of migratory waterbirds of the EAAFP.

Mr. Probasco started his career in fish and wildlife management and research in 1975 working for the State of Alaska, Department of Fish and Game as a fisheries technician. For the next 25 years his career with the State of Alaska presented him with many challenging and rewarding positions to include overseeing the management and research of some of North America’s largest commercial fisheries along the Aleutian Chain, Alaska Peninsula, Kodiak Island, Gulf of Alaska and the Bering Sea. In July of 2000 he retired as the Westward Region Regional Supervisor in Kodiak, Alaska. In 2000 he joined the United States Fish and Wildlife Service in Alaska (USFWS) where he served as the Assistant Regional Director overseeing the implementation of the Federal Subsistence Management Program. Responsible for the program management and line authority in the direction and operation of subsistence fisheries and wildlife management on Federal lands in Alaska. He eventually advanced to the Assistant Regional Director of State and Migratory Bird Programs assuming direct responsibility for overseeing the research and management of fish and wildlife resources for Migratory Bird Management, Permit Administration, and the North American Waterfowl Management Plan. Upon his retirement in  2017, he was asked to remain on as a Special Assistant and continue his duties representing the USFWS and serving as the Chair for the East Asian -Australasian Flyway Partnership (EAAFP). He has long-term experiences in fishery and wildlife management, site management, engaging local communities including indigenous people for over 45 years.

The U.S. Fish and Wildlife Service has announced that Mr. Robert (Robb) Kaler would now assume the role of the EAAFP U.S.A. Representative and Chair. Mr. Kaler is not a new face to the Partnership, as he chairs the EAAFP’s Seabird Working Group. He graduated with a Master of Science degree from Kansas State University in 2007, with a focus on population demography of reintroduced Island Ptarmigan in western Aleutian Islands of Alaska. In 2010, Mr. Kaler started to work for the U.S. Fish and Wildlife Service Alaska Region Migratory Bird Management office, where he also actively engaged in international collaborations and serves as Chair of the Pacific Seabird Group’s Seabird Monitoring Committee, and administrator of the North Pacific, Circumpolar, and Global Seabird Colony Registers.

The EAAFP would like to express our deep gratitude for the long-term support and wise leadership of Mr. Pete Probasco to the Partnership. We greatly appreciate the offer from Mr. Probasco to provide guidance and counsel during the transition period. 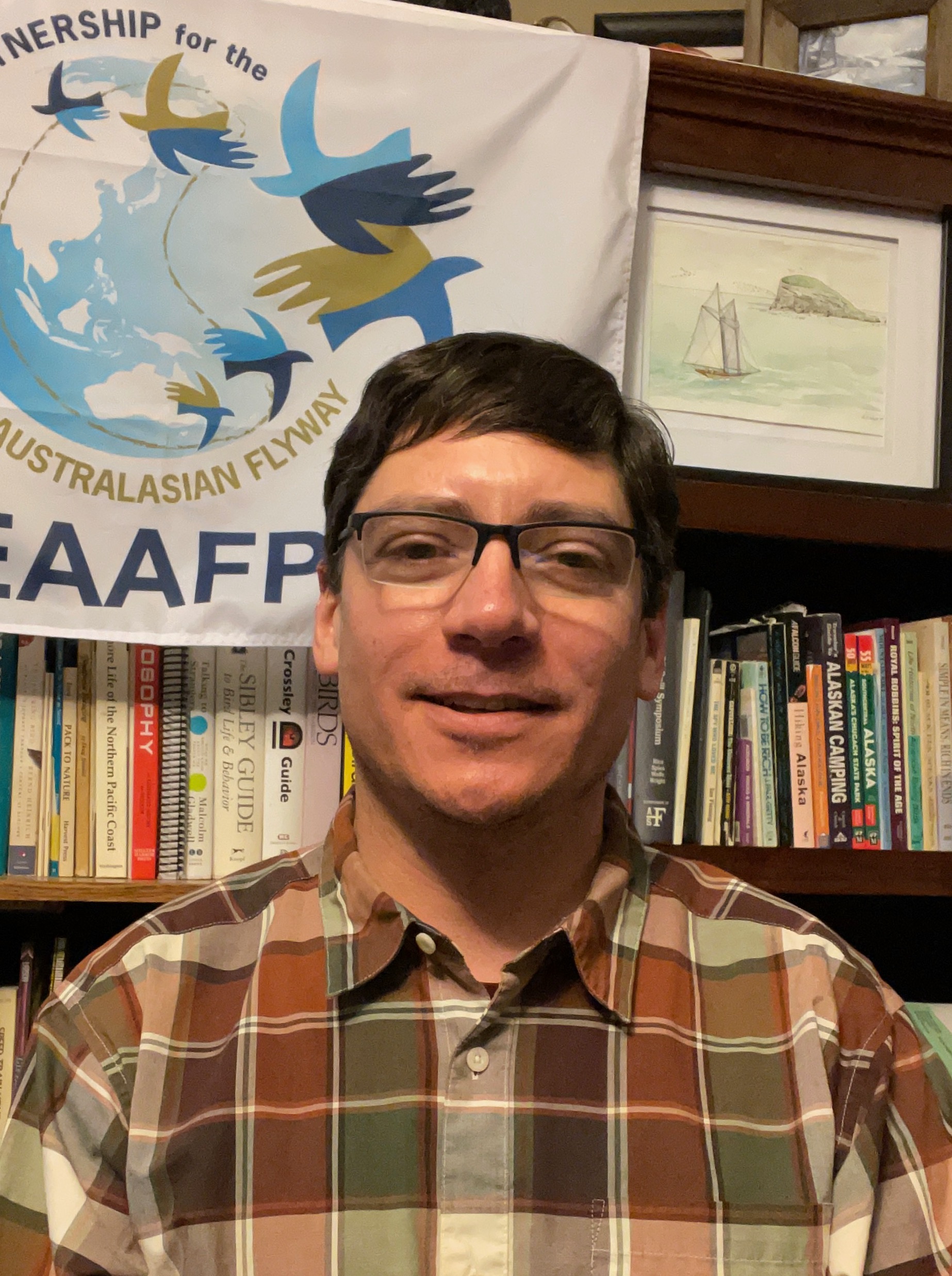