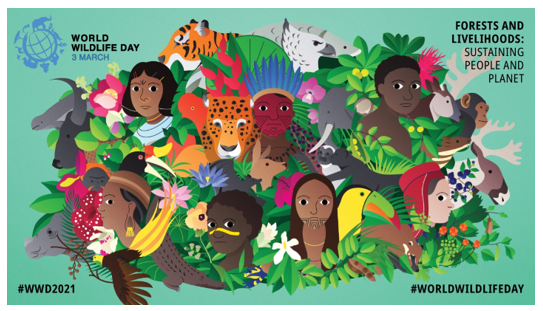 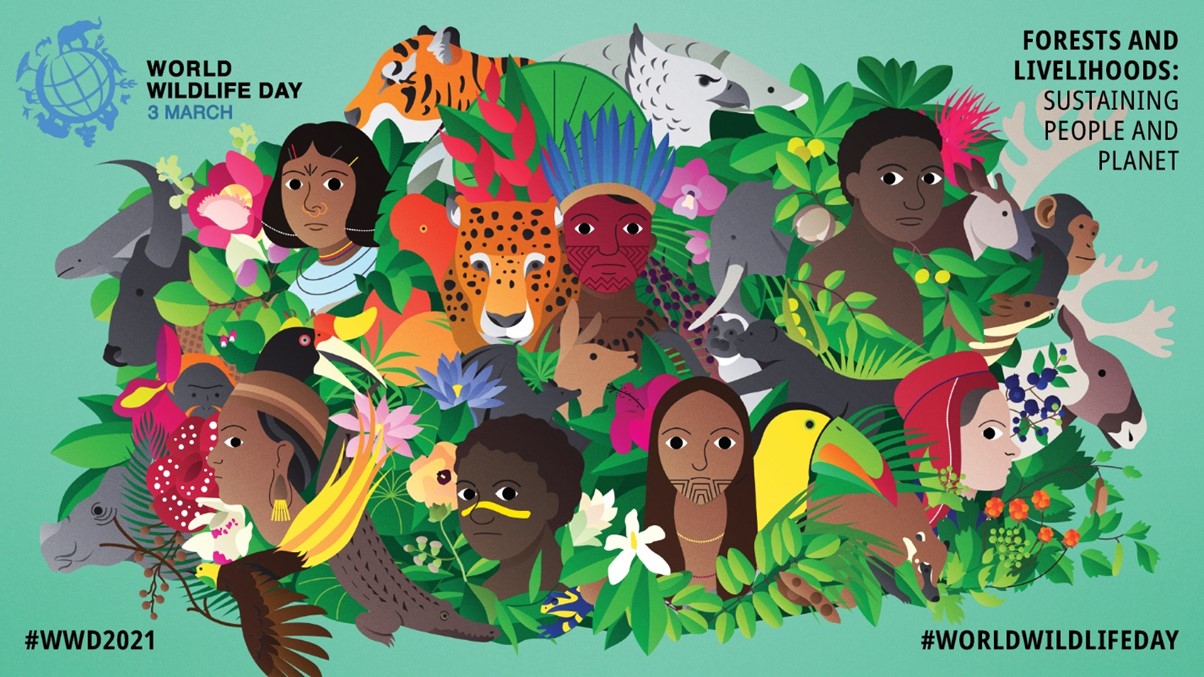 On 3rd March every year, we celebrate UN World Wildlife Day, to raise awareness of the world’s wild animals and plants. This is the day of the signature of the Convention on International Trade in Endangered Species of Wild Fauna and Flora (CITES) in 1973. The 2021 theme of World Wildlife Day is “Forests and Livelihoods: Sustaining People and Planet”, highlighting the importance of forests, forest species and ecosystem services in supporting millions of people’s livelihoods. The theme also emphasizes Indigenous and local communities for their ties with forests and traditional knowledge for managing forests.

The East Asian – Australasian Flyway Partnership (EAAFP) aims to protect migratory waterbirds, their habitats and the livelihoods of people dependent upon them. Forests, in the context of migratory waterbirds, were usually overlooked. Riverine forests, Forests near wetlands, mangrove forests are essential habitats for some migratory waterbirds in the East Asian – Australasian Flyway (EAAF). For instance, Scaly-sided Merganser, an Endangered species in the IUCN Red List of Threatened Species, is dependent on forested areas near rivers. The bird breeds in tree holes in forests near rivers. During the non-breeding season, they use rivers and water bodies surrounded by forests.

Another example is the Masked Finfoot, a short-distance migrant in Southeast Asia, also listed as Endangered by IUCN. The main habitats of this long-neglected species are low-lying forested wetlands, such as mangrove forests, well-forested rivers, swamps. It breeds in Bangladesh and Cambodia and occurs as a non-breeding visitor to Malaysia, Thailand, Vietnam, Indonesia and Singapore. The Bangladesh Sundarbans appear to be the last stronghold of this vanishing species. The Masked Finfoot is one of the least studied waterbird species in the Flyway. There remain large knowledge gaps about this species on its population, seasonal movement, threats and its ecology. However, due to rapid habitat loss and human disturbance and the deteriorating conditions of tropical Asia’s forested rivers, the future of the Masked Finfoot is not very promising. (More information, click here)

According to UN, there are between 200 and 350 million people live in or near forested areas globally. They reply on the forest resources for their livelihood. For example, ecosystem services of mangrove forests in tropical Asia serve as nursery grounds for many species like fishes and shimps, contributing to food security. Mangrove forests also protect the shoreline from erosion and natural disasters such as tsunami and typhoons. Indigenous people are managing roughly 28% of the world’s land area, including forests and wetlands. More voices from UN and international organizations are calling to include indigenous people and local communities in policy making, for their traditional knowledge about managing the land in a sustainable way.