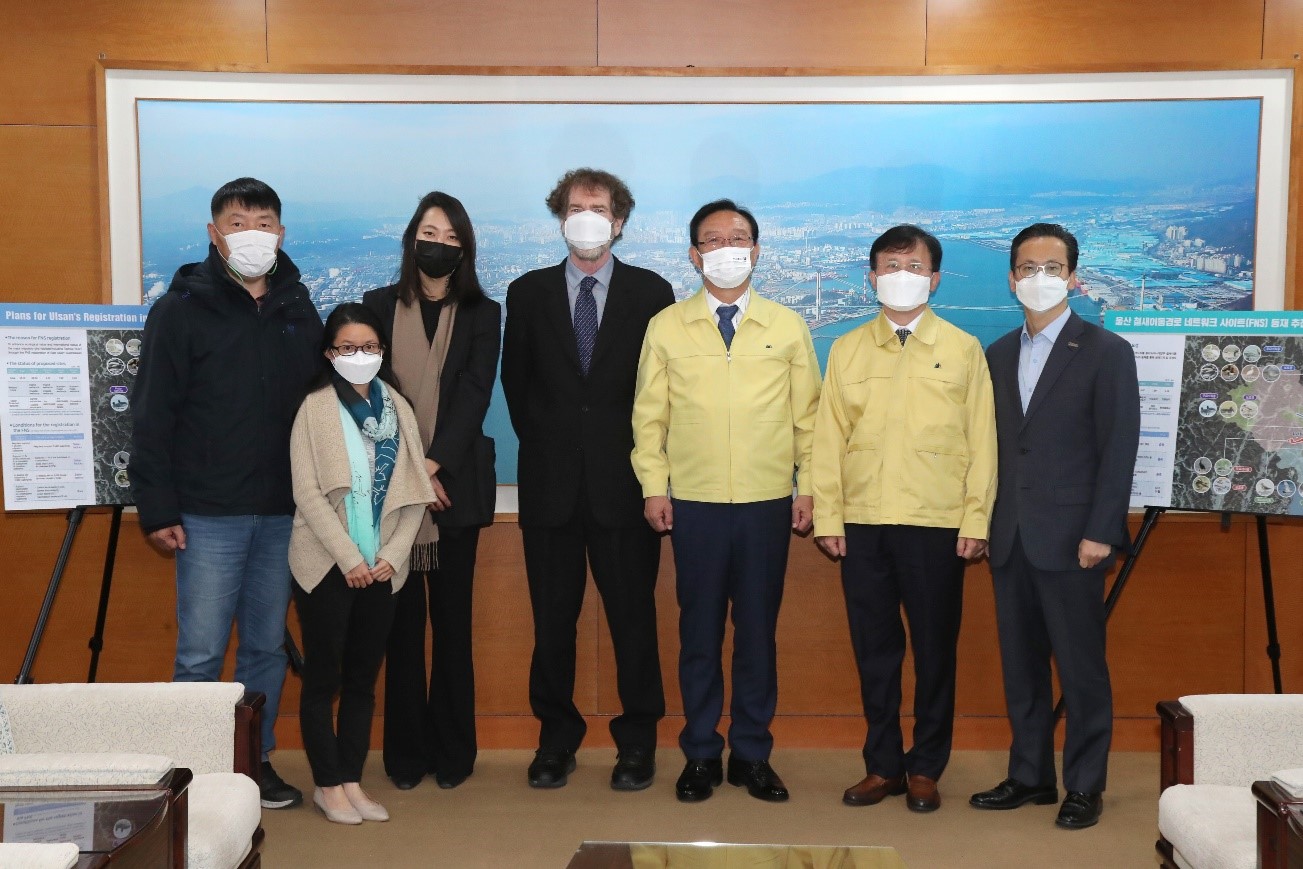 The EAAFP Secretariat visited the Ulsan Metropolitan City on 10th and 11th November, 2020.

Located in the Southeast part of Ro Korea, Ulsan Metropolitan City is famous for being the industrial powerhouse of Ro Korea. Yet, the government of the City works hard to improve the air and water quality of the city over the past 20 years. The City also worked to restore its natural habitats, especially the Taehwa Riverine ecosystem. To prove the success of the environmental policies, wildlife started to return, such as birds, fishes, including salmon1. In 2019, it was designated as a National Garden.

The field visit started with visiting the observatory to give an overview understanding of the city. Then the representatives of Ulsan City guided to visit Taehwa River. Despite being close to the urban area, the Taehwa River was restored to close to its naturalness. For example, waterfowls like coots were observed to feed on aquatic plants in the river, riparian vegetation was rampant. There were different species of Anatidae recorded during the visit, such as Cook, Common Pochard, Wigeon, Northern Shoveler, Gadwall, Bird watching facilities were also built along the river for the general public. 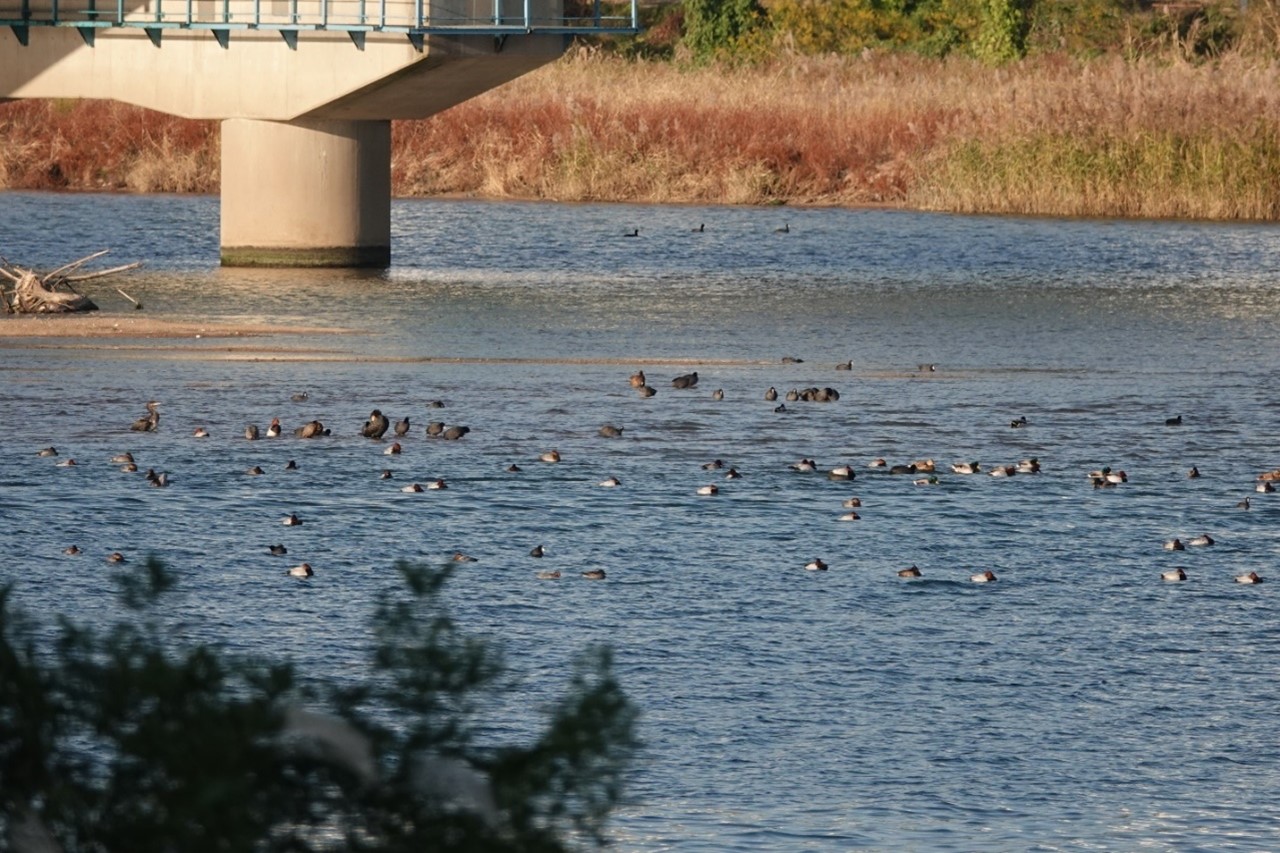 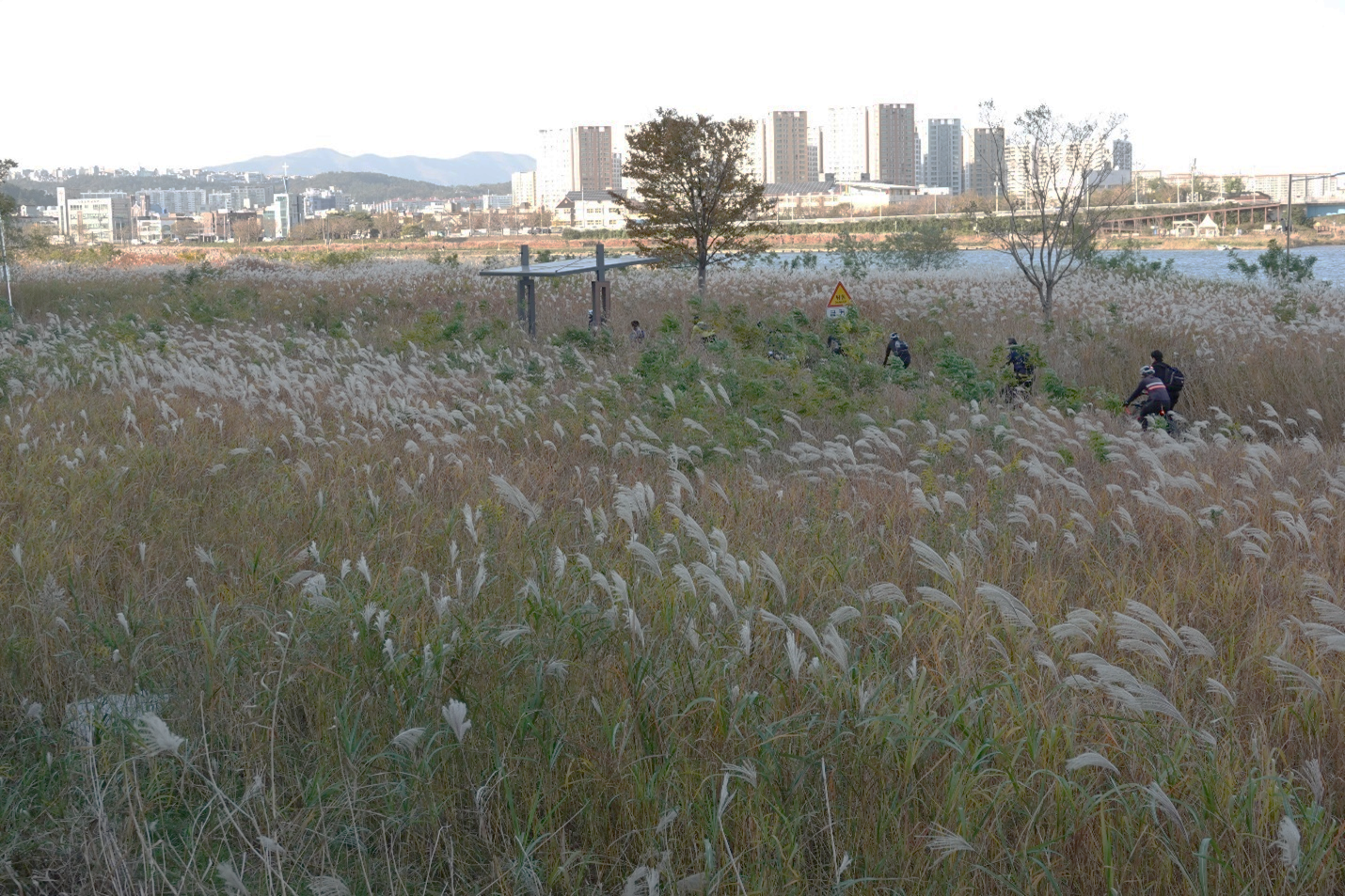 The highlighted proof of the return of biodiversity to Ulsan Metropolitan City was the large egretry in next to the Taehwa River National Garden. In summer, the bamboo forest, the center of  the reiver, is home to some 8,000 egrets and herons of seven species (Great Egret, Intermediate Egret, Little Egret, Cattle Egret, Grey Heron, Black-caped Night-heron, Chinese Pond Heron). In winter, over 10,000 or rooks and jackdaw visited the same area as the roosting site. These two “black” and “white” groups of visitors became iconic to the city’s biodiversity, especially the scene of the crow murmuration, which is unique in Ro Korea. A Migratory Bird Centre was built next to the site and in the middle of Migratory Birds Street. Although the city welcomes these avian visitors, it also has to strike for the harmony of birds living close to human. The Deputy Mayor, Mr. Kim-Seok-jin, hosted a celebratory dinner for the visit. 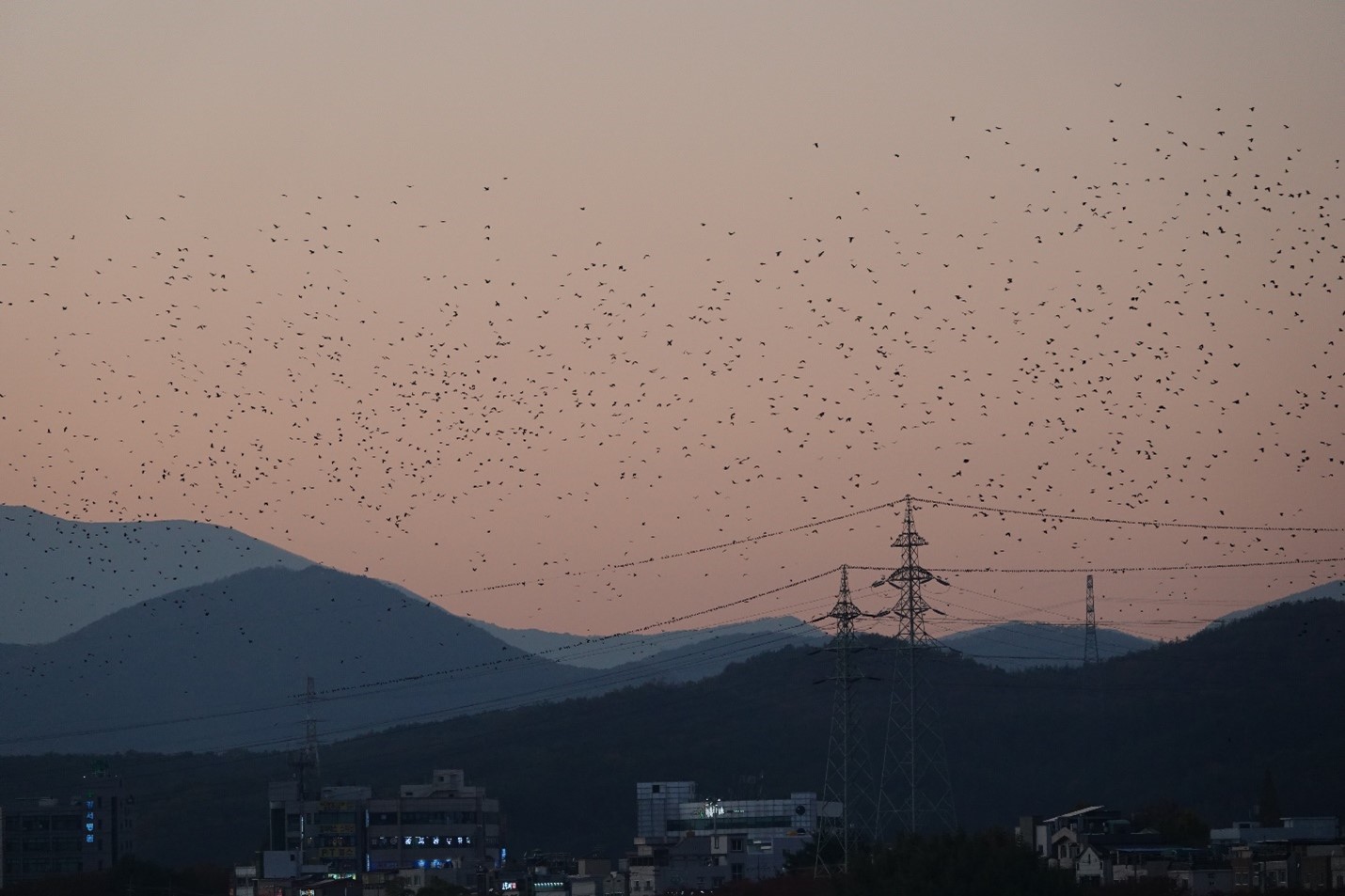 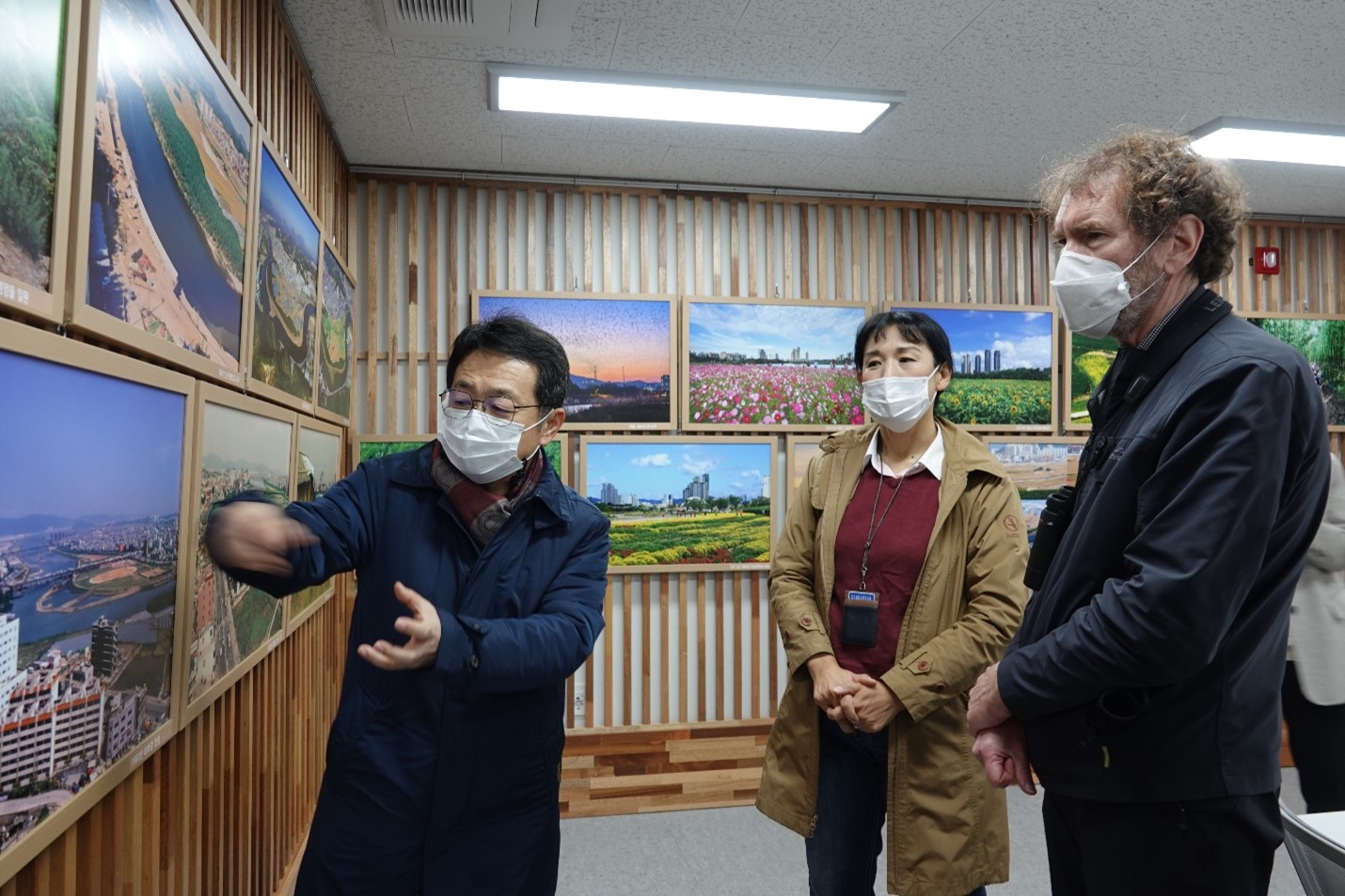 On 11th November, the Chief Executive of EAAFP Secretariat lead the team and had a meeting with the City’s Mayor, Mr. Song Chul-ho. Mr. Song welcomed the team and expressed to hope to cooperate with EAAFP to find out solutions to address the environmental issues of the city and make it a more eco-friendly city. Mr. Doug Watkins briefly introduced the EAAFP and Flyway Site Network to the Mayor. The issue of the birds’ roosting site being too close to the residential area as well as human disturbance was discussed.  Mr. Watkins encouraged the city to promote bird watching which would enhance ecological monitoring and citizen science, in which these activities could link to the development of ecotourism and engaging international corporates in their CSR programmes. 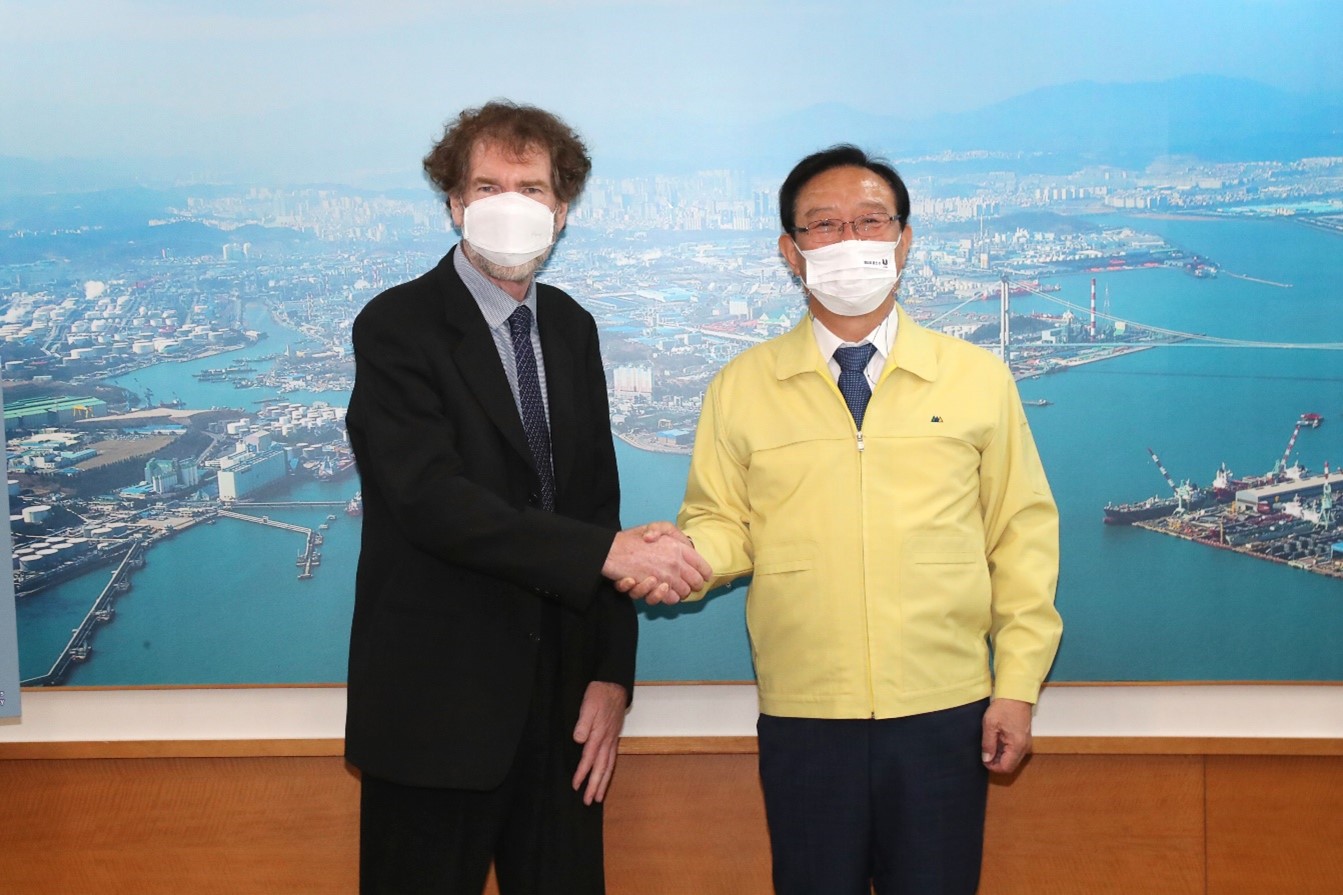 After the meeting, a visit to Ongi Village and the Petroglyphs Museum was arranged to show more of the cultural and natural resources of the Ulsan City.

News release about the visit: