Eaaflyway > All News > A Path to Soft-landing Korean Unification: A Problem-Solving Workshop at GMU

A Path to Soft-landing Korean Unification: A Problem-Solving Workshop at GMU 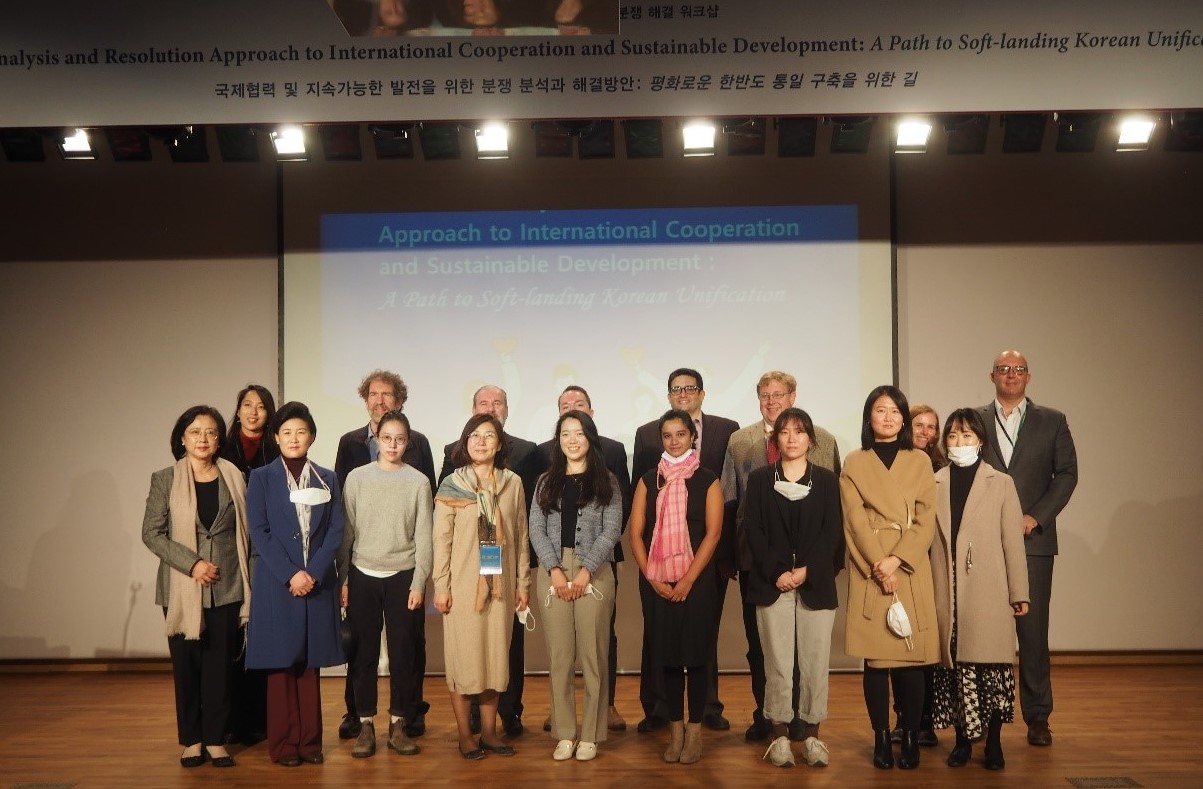 On 4 November 2020, members of the EAAFP Secretariat participated in a workshop held at George Mason University Songdo Global Campus on approaches to international cooperation and sustainable development, which was co-organized by Hanns Seidel Foundation Korea (HSF Korea) and the Peace and Conflict Studies Center Asia. During the workshop, participants learned about the tools and applications of Conflict and Analysis Resolution developed by the center and discussed potential future initiatives to collaborate with the DPRK. Representatives from international organizations and NGOs, scholars, and students presented at the workshop and actively joined the discussions.

Following the opening remarks, Mr. Felix Glenk from HSF Korea presented first, discussing the steps HSF has taken since 2009 to build environmental cooperation in the DPRK. HSF Korea launched a project in 2015 on the Conservation and Wise Use of Wetlands in the DPRK, and among other goals, the ongoing project aims to build the knowledge and skills of relevant stakeholders while increasing awareness of wetland values. Dr. Seliger, the representative of HSF also discussed sustainable forestry and the experiences of HSF with reforestation projects in the DPRK, emphasizing the environment as a platform for international cooperation and exchange.

Dr. Arthur Romano, a professor at George Mason University, then presented on the field of Conflict and Analysis Resolution (CAR), and introduced the tools, theories, and applications of conflict resolution ideas. Dr. Romano also discussed the history of the CAR field, and the lessons we can learn from historical examples of conflicts and relations that seem irreparable. Our primary association with conflict is negative, but to resolve conflicts and reconfigure relationships, it may be important to reframe how we view conflicts—to see them as a normal part of social life rather than a destructive force we have to run from at all costs. Dr. Romano explained that like a volcano, there are often underlying causes that drive deep-rooted conflicts, and to fully resolve such tensions, it will be valuable to examine the forces that lurk beneath them. 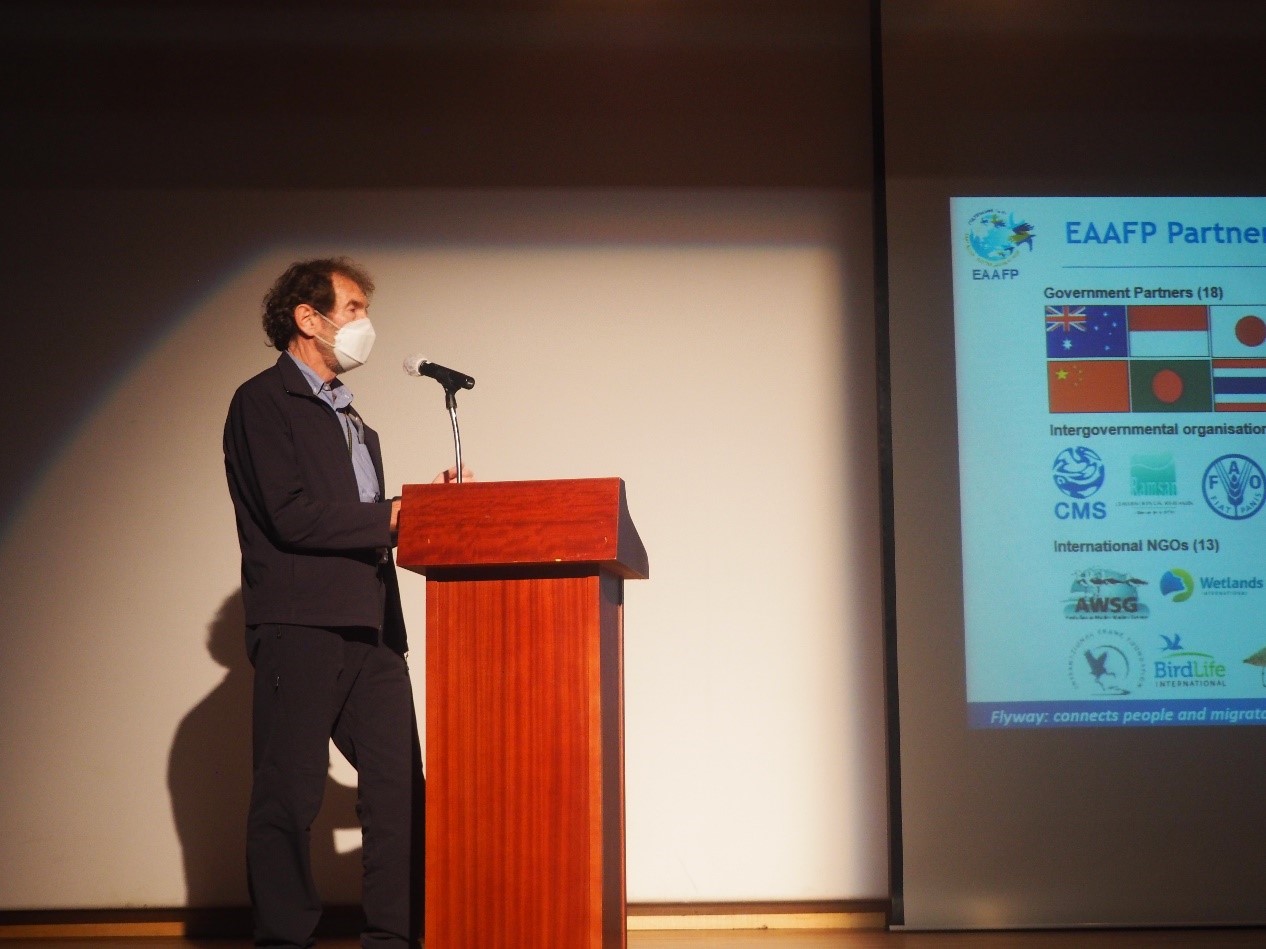 Mr. Doug Watkins from the EAAFP Secretariat also presented on the EAAFP’s activities in the DPRK. The EAAFP Secretariat has organized numerous workshops with various Partners to spread awareness of wetlands for their wise use, highlighting the linkage between migratory waterbirds and their habitats in the flyway. Many of the EAAFP’s initiatives in the DPRK are focused on capacity building, and to share knowledge on wetland management and bird monitoring, the EAAFP has organized training workshops and joint surveys in the DPRK with international experts. Other examples of international cooperation include the Swan Goose Festival held in Mundok Flyway Network Site in 2019 to celebrate the World Migratory Bird Day and the first trial of eco-tourism in Rason, DPRK was organized. Mr. Doug Watkins stated that moving forward, it will be important to strengthen existing collaboration with regional and international initiatives.

In the last session of the workshop, participants split into smaller groups to discuss the topics of the presentations and opportunities for future initiatives and cooperation. During this discussion, the participants also talked about the differences in “top-down” and “bottom-up” approaches to conservation efforts. Top-down processes are led by governments to drive change, particularly through the implementation of policies and agreements, with the effects of the policies cascading down to the level of communities and individuals. Conversely, bottom-up approaches are led at the community level by individuals, communities, or organizations to influence public action and sway policymakers. Both approaches often work together in conservation efforts, and through the workshop, participants heard the unique perspectives of people working at different levels of the pyramid to achieve environmental cooperation. 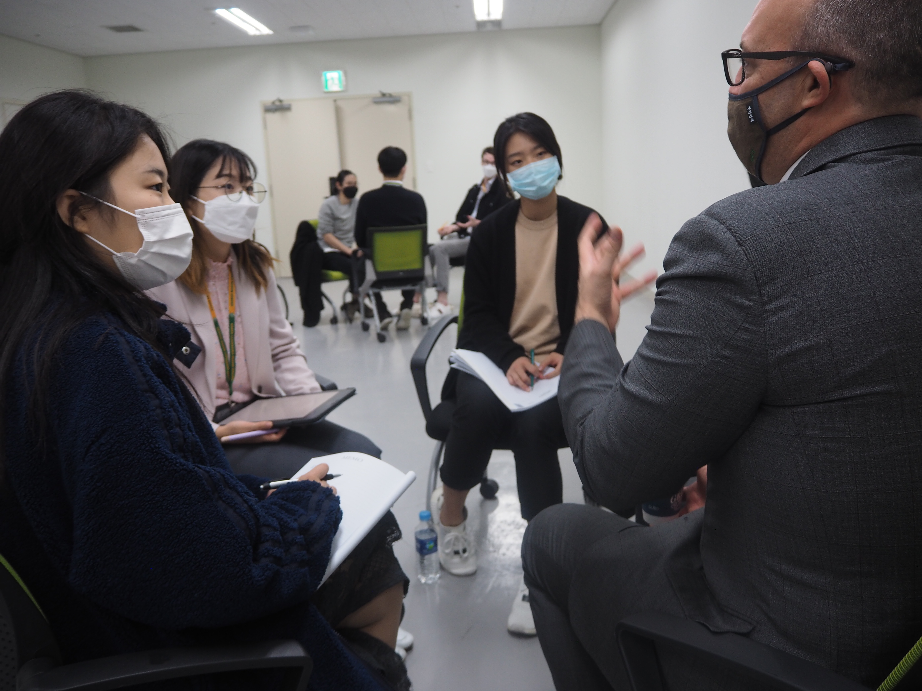 Concluding the workshop, the participants shared the key points of their group discussions and the insight they gained through the GMU workshop. Small but consistent efforts to promote cooperation will be much more important in creating lasting change compared to a spurt of action is not followed through. Participants of the meeting expressed their enthusiasm for attending future events to work towards their shared goal of environmental protection and unity.