Eaaflyway > All News > “Year of the Cranes” story series #5” – Do you know all the crane species in East Asian – Australasian Flyway?

“Year of the Cranes” story series #5” – Do you know all the crane species in East Asian – Australasian Flyway? 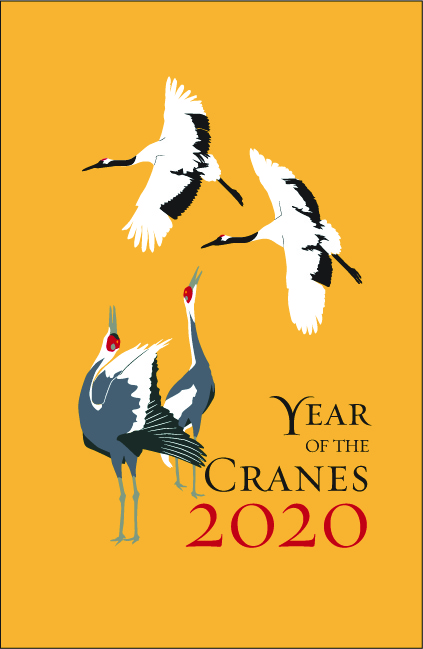 2020 was designated as the Year of the Cranes at the International Workshop of Crane Conservation in East Asia convened in Beijing in October 2019. The campaign aims to raise awareness of crane conservation and was convened by EAAFP Partner, International Crane Foundation (ICF), and calling for Partners and organizations to join the celebration of the amazing lives of cranes.There are nine species of cranes and do you know them all? ICF China Programme has produced posters to introduce the 9 crane species in our flyway as below:

White and flawless: the population is about 4,000, 98% of which winter in Poyang Lake in China and breed in the Russian Arctic. The adult Siberian Crane has a white body, with black primary flying feathers, which can only be seen when the bird spreads its wings. Therefore, Siberian Crane is also called White Crane. Fairy Crane: the global population is about 2800-3300. The adult Red-crowned Crane is tall and elegant with red skin on top of the head. It is the fairy crane in Chinese legend. Envoy of Peace: The adult White-naped Crane is blue and gray with bare cheeks and red skin, so is also known as the red-faced crane. The population is about 7,000-7,800. It is a symbol of peace for the people of the Korean peninsula. Elegant and Slender: The Sarus Crane has a red head and neck. As a resident bird Sarus Crane only makes short distance migrations when the habitat becomes extremely dry. The population is about 15,000-20,000. The Sarus Crane is the tallest flying bird in the world! Eurasian Crane (Least Concern)—Star-studded: Among the 15 cranes Eurasian Crane has no beautiful features or cultural background but has the best adaptive capacity. It has a population of more than 70,000 individuals and occurs in more than 80 countries. So Eurasian Crane is also named Common Crane. Pretty and Charming：Demoiselle Crane is the smallest of the 15 cranes, which is also known as Boudoir Crane. It has long black ornamental feathers on the chest。The top of the head is crested, which is different from other cranes. The population is 170,000-220,000. Oldest Bird: Except the red front of the head，the Sandhill Crane is covered by grey and brown feathers, so is known as Brown Crane. The population is 827,000. A crane fossil found in Nebraska from the Pliocene period (5.3-2.6 million years ago) appears structurally identical to the modern Sandhill Crane, making it one of the oldest known bird species! We have launched a story series to celebrate the Year of the Cranes, you can read about the stories of cranes and people by clicking the links below: