Eaaflyway > All News > Oriental Stork breeding in eastern Japan, after more than a century

Oriental Stork breeding in eastern Japan, after more than a century 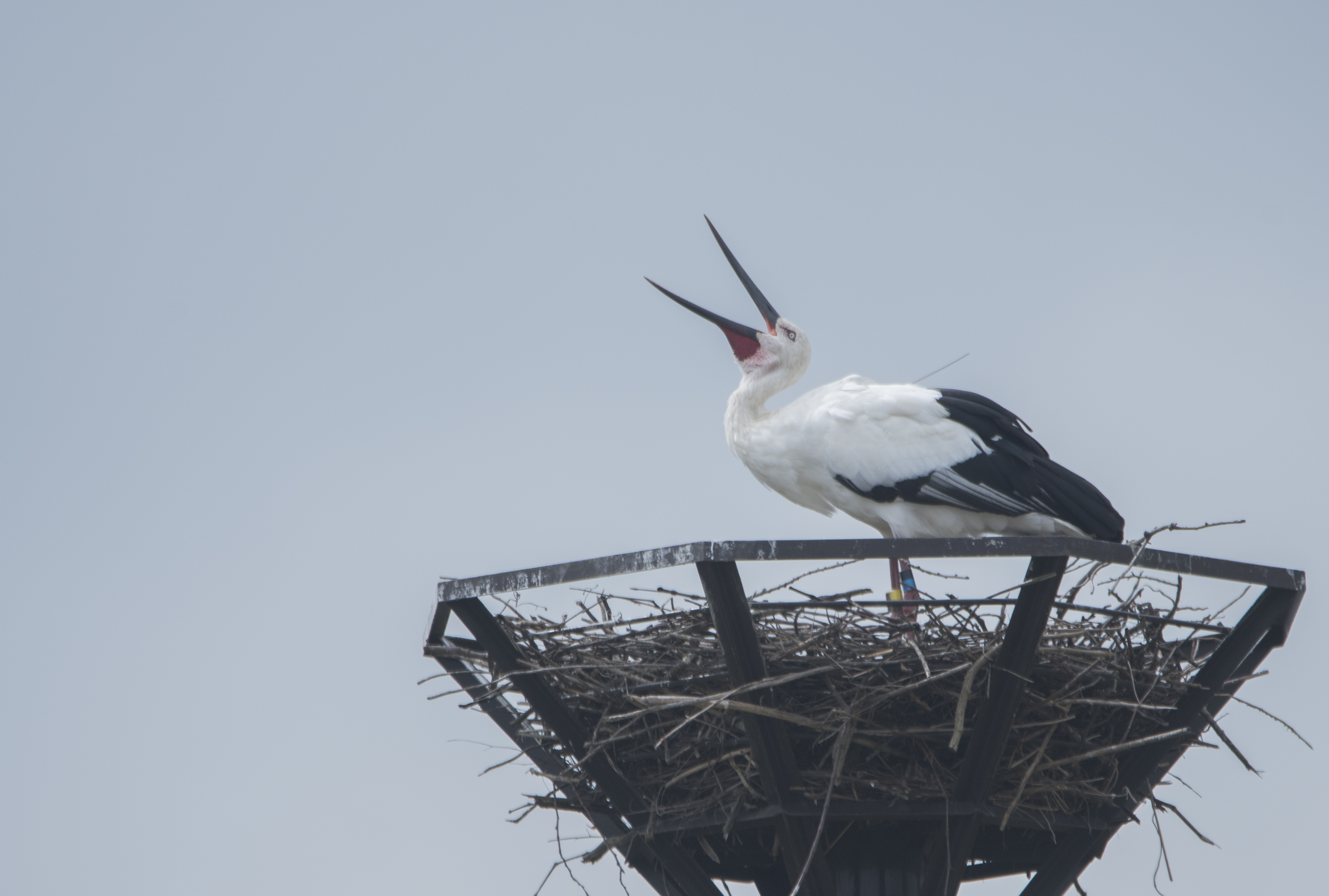 The four-year old father stork was a released bird from the reintroduction project of Noda City of Chiba Prefecture in 2016, and the two-year old mother was born wild from reintroduction project birds in western Japan (hatched at Naruto City of Tokushima Prefecture, Shikoku Island in 2018). These two birds were found courting and nesting at Watarase-yusuichi from 22 March 2020.

Oriental Storks were once common in eastern Japan and they were recorded to nest on roofs of big temples until the 1870s. After then they almost completely disappeared from Japan: a small breeding population survived at Hyogo Prefecture of western Japan until the 1960s. When the last bird was taken into captivity in 1971 they became extinct in wild. However, there have been plans to revive the wild population since 1992, with a success of reintroduction at Toyooka City, Hyogo prefecture in 2005, and the released storks bred successfully in wild since 2007. Toyooka has also developed admirable projects of ecologically friendly agriculture and education programmes for co-existence of Oriental Storks and human.

Most of the reintroduction projects are located in western Japan where the Oriental Storks were last found until mid-20th century. More than 60 birds have been released at four locations: Toyooka City, Yabu City and Asago City of northern Hyogo Prefecture and Echizen City of Fukui Prefecture. In eastern Japan, reintroduction project started at Noda City, Chiba Prefecture with storks released from 2015. One of the eleven released birds nest and breed successfully at nearby Tochigi Prefecture in 2020.