Eaaflyway > All News > First record of Hooded Cranes in the Philippines

First record of Hooded Cranes in the Philippines

On 25th February 2020, a group of 7 Hooded Cranes Grus monacha were found on the island of Siargao, just north of Mindanao, representing the first record for the Philippines. 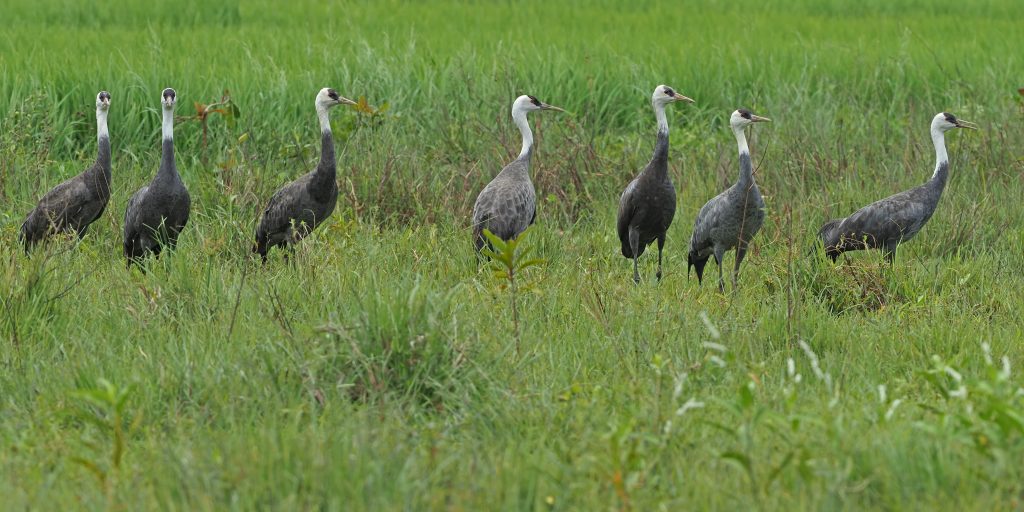 The birds were first spotted by Greg Laude (resident birdwatcher and author of the website www.wildsiargao.com). He spotted the flock of cranes in flight while driving near Barangay Libertad in the municipality of Santa Monica. The birds soon dropped into nearby fields and Greg was able to secure photographs to allow the record to be quickly confirmed, but conversations with local farmers found that the birds had been present in the area for at least a week.

Hooded Crane breeds far to the north of the Philippines in Eastern Russia and northern China, heading further south in winter, with the majority settling in Japan, while smaller numbers head to Korea and eastern China. It is very likely that this group of cranes were blown further south by recent exceptionally strong northerly Amihan (north-easterly) winds.

The safety of the cranes was of primary concern, hunting or capture of large birds in the Philippines is a major problem. This has already led to the extirpation of Sarus Cranes Antigone antigone which used to be resident of Luzon in the northern Philippines, and the only previous vagrant cranes to occur – a group of 3 Demoiselle Cranes Grus virgo which made landfall in Calayan Island off the north of Luzon in July 2008 – were variously hunted or captured. Fortunately hunting levels on Siargao and low, and Greg Laude was quick to inform local village officials and seek their help in protecting the cranes.

An article in the Philippine Daily Inquirer, including a photo on the front page, helped to raise the attention of local farmers who embraced their rare visitors, allowing them to feed peacefully. At the time of writing (5th March) the birds are still present and feeding well, hopefully before returning back northwards to Russia in time for their breeding season. 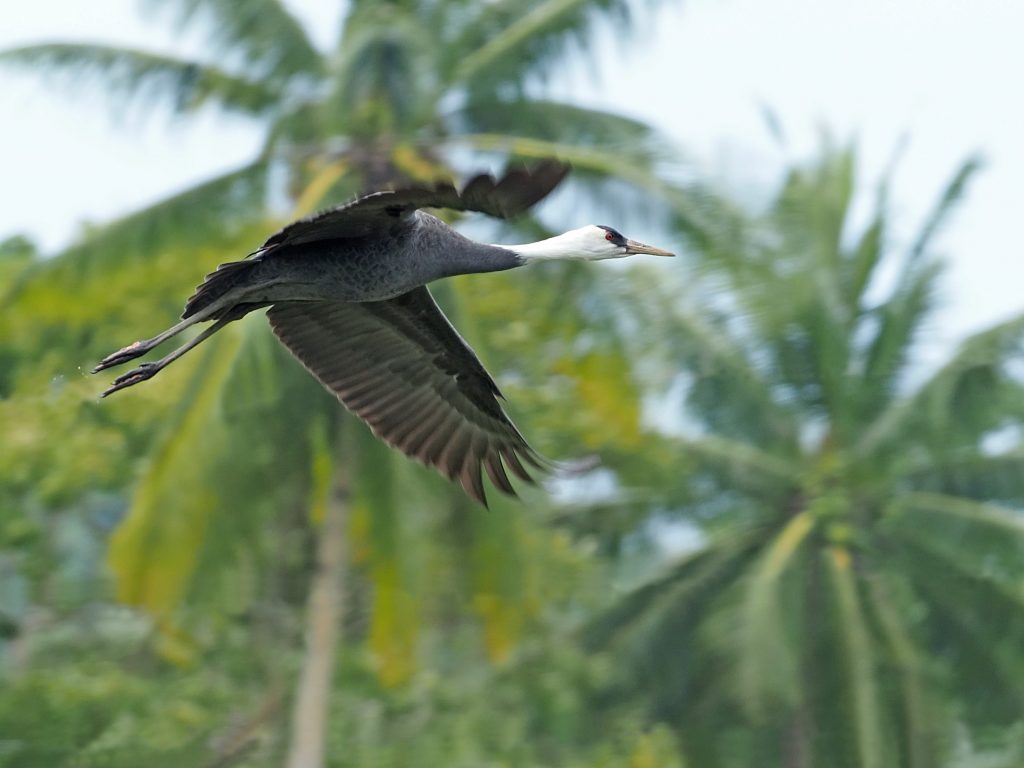