Eaaflyway > All News > Shorebird survey in the Eastern Coast of North Aceh, Indonesia

Shorebird survey in the Eastern Coast of North Aceh, Indonesia 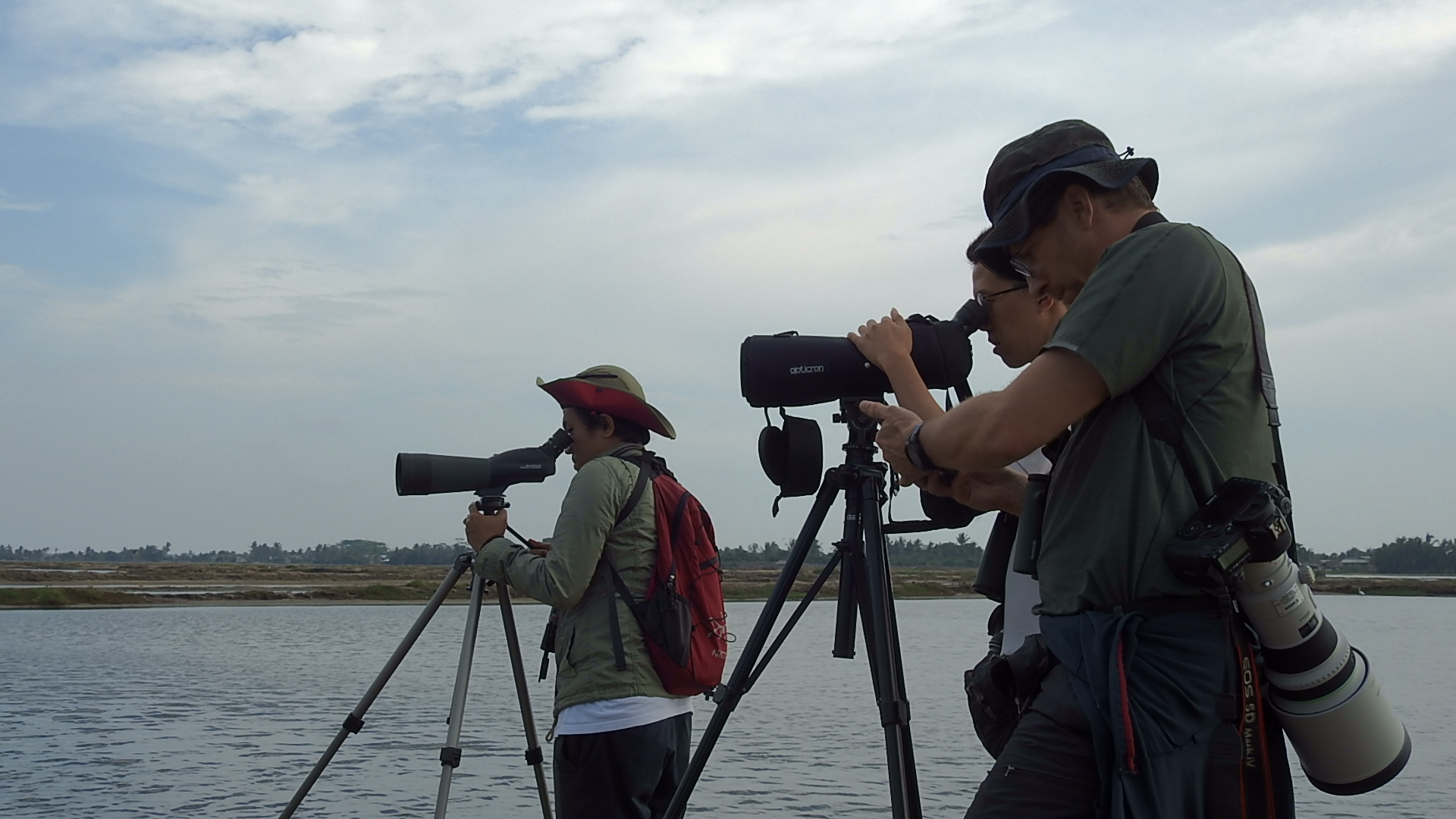 Indonesia’s first ever Spoon-billed Sandpiper (SBS) was reported on the 3 November 2018 in a fishpond area along the north Aceh Coast. This record is important because it’s prove that some of the Spoonies may winter along the coast of Sumatera. The Eastern Coast of Sumatera is not only interesting for Spoon-billed Sandpiper but also for other globally important species such as Nordmann’s Greenshank and Great Knot. The wintering area of the Spoon-billed Sandpiper is still not fully understood despite enormous field survey efforts around Asia. Based on satellite tracking information, this individual, known affectionately to the shorebird community as ‘SBS lime 07’ spent nearly 40 days (wintering) in Sumatra before satellite signals were lost, possibly due to the tag falling off. The coastline where this Spoon-billed Sandpiper was recorded was previously unknown to be an importance shorebird site and never been surveyed before. To better understand shorebird distribution and abundance and to identify priority sites, threats and possible conservation interventions, Sumatran Shorebird Conservation Project (SSCP) was formed.

Chairunas (Nchay) Adha Putra (SSCP-Sumatera Living Legacy Foundation (WHiS), Sayam U. Chowdhury (Spoon-billed Sandpiper Task Force),Yong Ding Li (Birdlife International) and Yann Muzika (The Wilderness Alternatives) joint forces and conducted a detailed survey in October 2019. The SSCP received funding support from the East Asian-Australasian Flyway Partnership Secretariat and The Hong Kong Bird Watching Society to undertake this extensive survey along the entire eastern coast of Aceh. The survey team also collaborated with Samudera University (in Aceh) and invited their students to participate in these survey activities and also with local conservation NGOs namely Bale Jurong (in Langsa), while helping build their capacity for coastal waterbird conservation. During the survey, the team organised several informal meetings, consultation with local communities, local NGOs around north Aceh and relevant government agencies on waterbird conservation. All activities are supported and communicated with the Indonesian Partnership on Conservation of Migratory Birds and it’s Habitat.

A total of 17,652 waterbirds of 44 species were counted at 16 sites from Langsa to Banda Aceh, most of the site is ponds area. The most important site is at the ponds area of Ulu Matang Village (North Aceh District) that supported more than 5,000 migratory shorebirds, the same area where Spoon-billed Sandpiper was recoded in November 2018. The identified another important site at Kuala Parek Village (East Aceh District), where several fishponds supported 4,000migratory shorebirds. Several globally near-threatened shorebirds species were found during the surveys such as Asian Dowitcher, Curlew Sandpiper, Rufous-necked Stint and resident species such as Milky Stork and Lesser Adjutant. 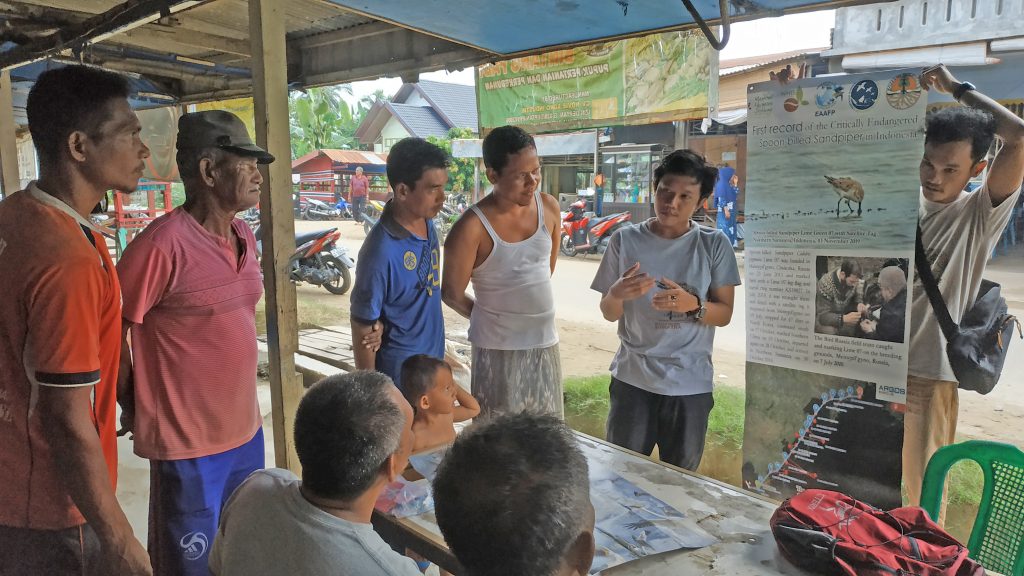 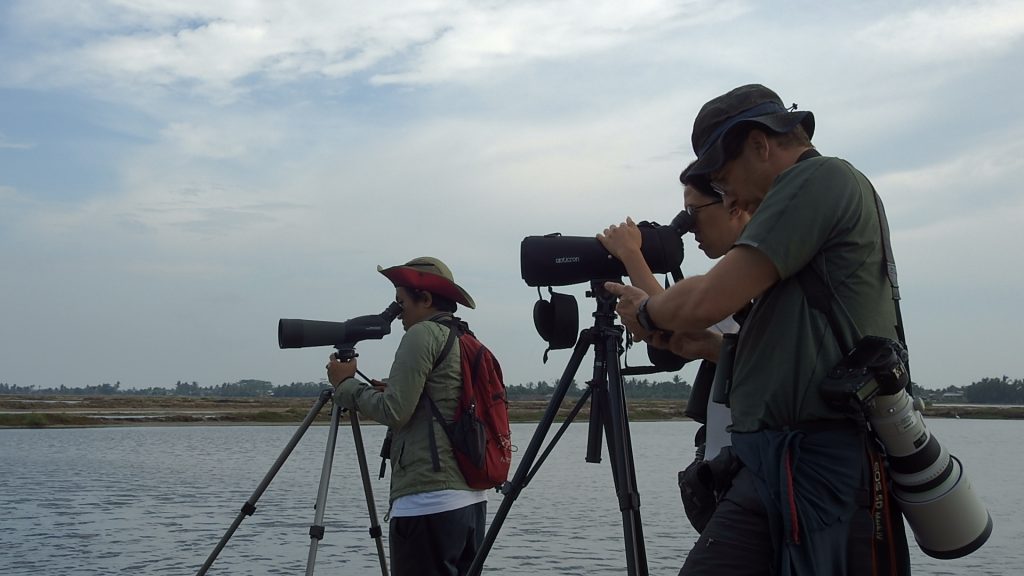 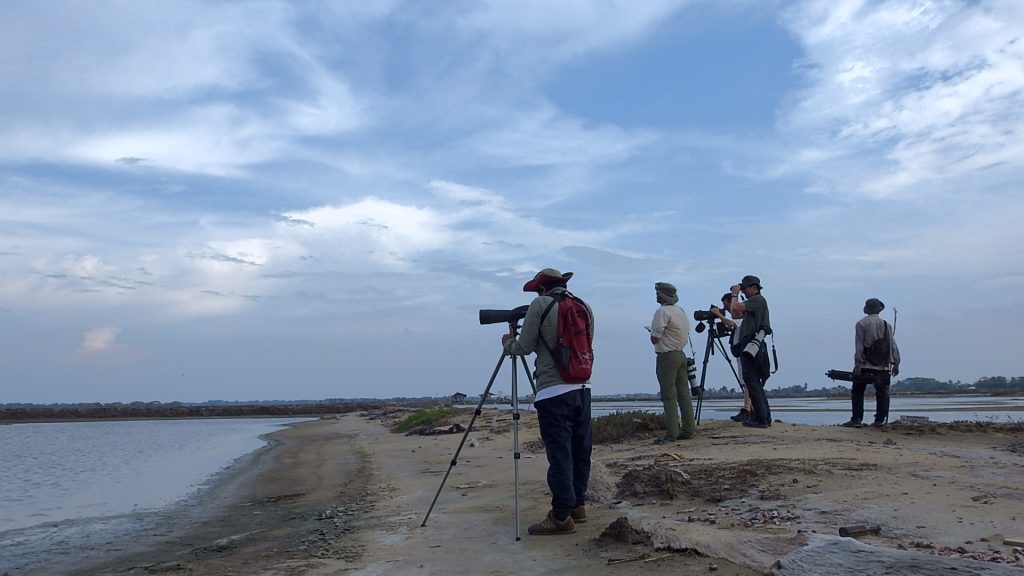