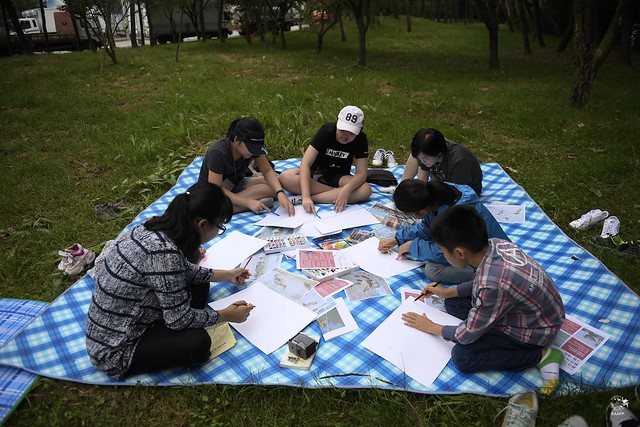 On 28 August 2017, a group of EAAFP staff members and Ms. Sunjeong Nam from the Incheon Black-faced Spoonbill Network with her assistants and two Japanese researchers organized birdwatching and Knot drawing activities in Songdo. Around forty children at elementary and middle school levels participated in the outdoor program along with their parents. These activities put children in touch with nature, promoted social interaction among them, and provided beneficial education on the environment. 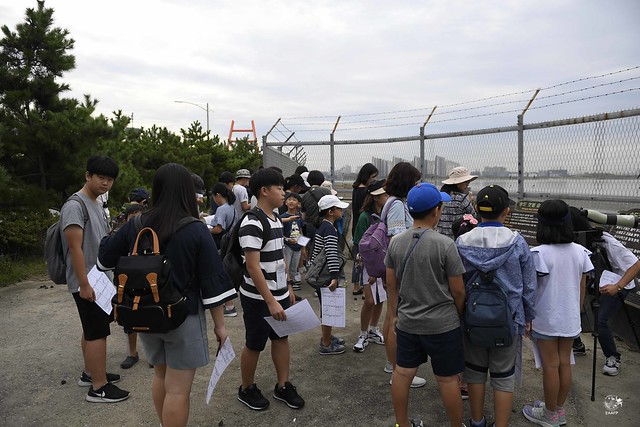 A start of our birding adventure. Photo by © Eugene Cheah/EAAFP

We began our birding adventure from Gojan mudflat. Situated in Songdo, Gojan tidal flat is the perfect location for Incheon residents to enjoy amazing birdwatching. Scanning across the mudflats we started with an identification activity, where participants sorted out Mongolian and Black-tailed Gulls. We could also see other shorebirds, including Grey Plovers and Far Eastern Curlews with its disproportionally long, downcurved peculiar bill. Foraging flocks of Dunlin and roosting Mongolian Plovers could also be seen. Watching from the other spot of Gojan, we were able to see a small wandering Terek Sandpiper, a Bar-tailed Godwit, and a couple of Whimbrels. Both the children and their parents were curious about birds and delighted when they could observe them using powerful scopes and binoculars. Furthermore, the Communication Officer at EAAFP, Tomoko Ichikawa, led a fun bingo activity with different pictures of birds, which encouraged the kids to learn more about different species, their habitats, their diet, and their behaviour. 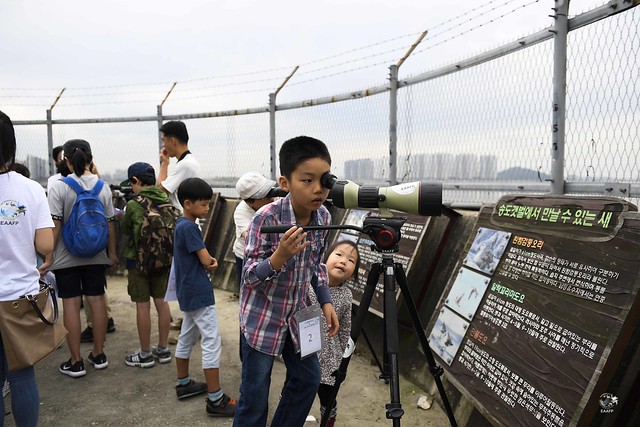 A middle school boy is observing shorebirds at Gojan. Photo by © Eugene Cheah/EAAFP

Our second destination for the day was Namdong Reservoir. As soon as we reached the reservoir we heard a remarkable sound of a singing Greenshank. Children could improve their perception to find and recognize the species not only visually, but audibly as well. Here we observed many lovely juvenile Black-faced Spoonbills, a flock of roosting Great Cormorants, Egrets, and several Greenshanks distinguished by their green legs. After observing the many different species, we continued our program with the Knot drawing activity that encouraged the children to draw either Great or Red Knots. Despite the different ages, all of the kids showed excellent skills in drawing. They actively engaged in the activity by showing their pictures to each other, taking photos together, and looking up additional information about the birds on their smart phones. In the end, the drawing activity promoted social interaction and provided children a greater understanding of the lives of birds. 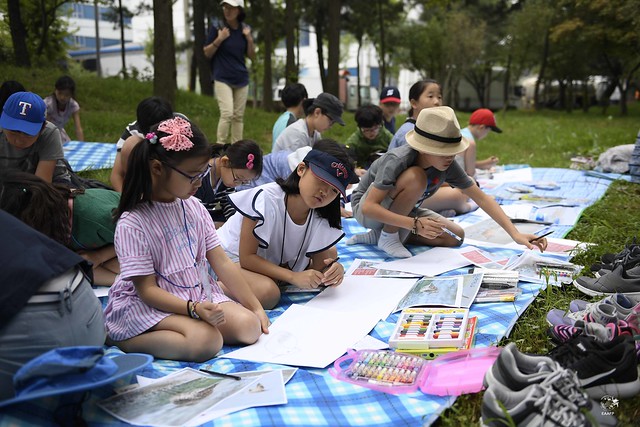 Elementary school girls are sharing their drawings with each other. Photo by © Eugene Cheah/EAAFP

By the end of the event, the Chief Executive, Spike Millington and Ms. Nam delivered a farewell speech to all the participants after which everyone enjoyed a snack time and took a memorable group photo! 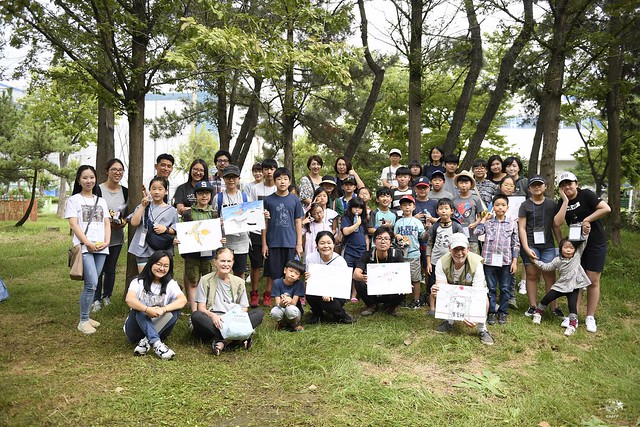 A group photo of the participants. Photo by © Eugene Cheah/EAAFP