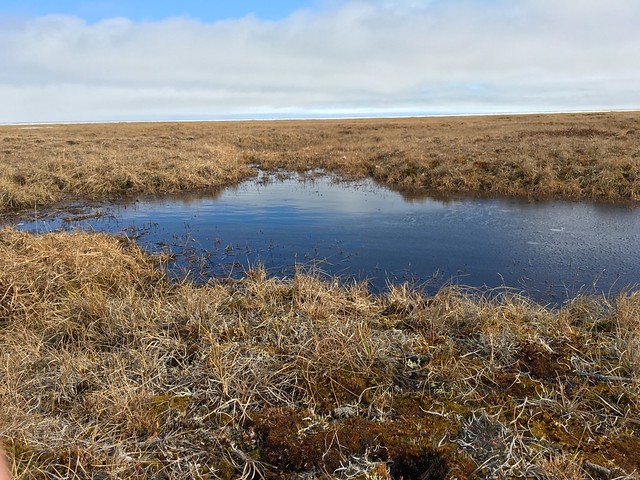 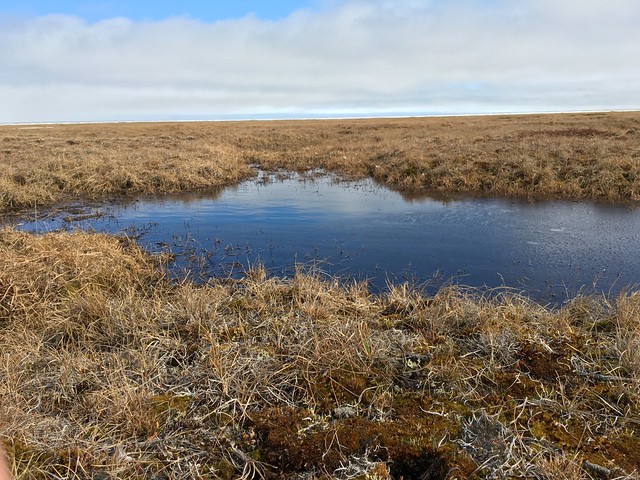 Qupałuk is northeast of Teshekpuk Lake in the northeast corner of the National Petroleum Reserve in Alaska (NPR-A) on the Arctic Coastal Plain in Alaska. The 21,000 hectare site attracts high numbers of birds to near-pristine tundra, wetland, and open water habitat. Additionally, the site hosts high densities of Dunlin (Calidris alpine articola), with an estimated population of 6,000. Qupałuk also provides habitat for an estimated 38 Spectacled Eider (Somateria fischeri), a species designated as Threatened by the FWS. The site hosts approximately 30,000 total nesting migratory birds and is important habitat for multiple species of molting geese. Additionally, Qupałuk provides habitat for both the Threatened polar bear (Ursus martimus) and caribou (Rangifer tarandus), an important subsistence species for local people. 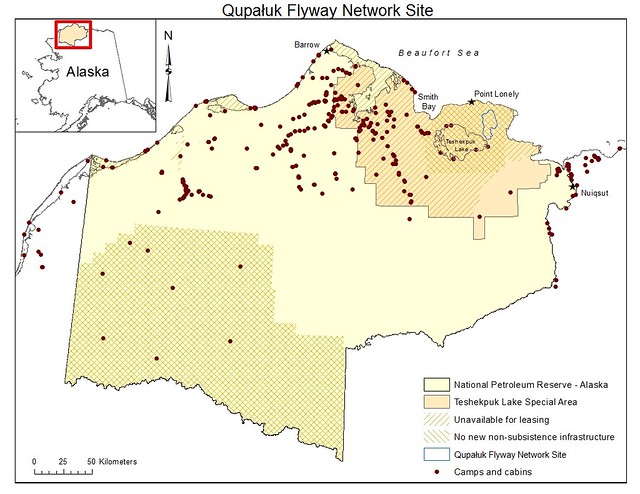 BLM began assessing this general area for a potential flyway network site because the existing management plan identifies waterbird values as a key component of management. Despite being located within the petroleum reserve, it is within areas that are designated as “Unavailable for Leasing” and “No New Non-Subsistence Infrastructure”. By selecting this non-controversial area, positive effects can be demonstrated, such as recognition of the value of habitat on BLM-managed land, demonstration of BLM’s commitment to manage areas for wildlife and subsistence use, and the potential to attract additional funding, research, and monitoring.

The area was identified from input received from a thorough outreach process with stakeholders, especially Alaska Natives. During outreach, initial reaction to the flyway site concept was mixed. Some were concerned with potential to impact subsistence access, although BLM and EAAFP both specify the area is not only open for subsistence use, but it is a value to be highlighted and maintained.  Impediments and complications from past interactions and parallel issues arose. We recognized it was critical to work with the local people to get to know and understand their perspectives, involve them fully in the process, incorporate their input, and take time to discuss other issues. All of the input received was used to make the determination to identify an area for nomination that had high ecological value but was both minimally sized and situated away from development potential.  The process was not easy, but it was the only way to proceed to ensure we were making a decision that could be supported. 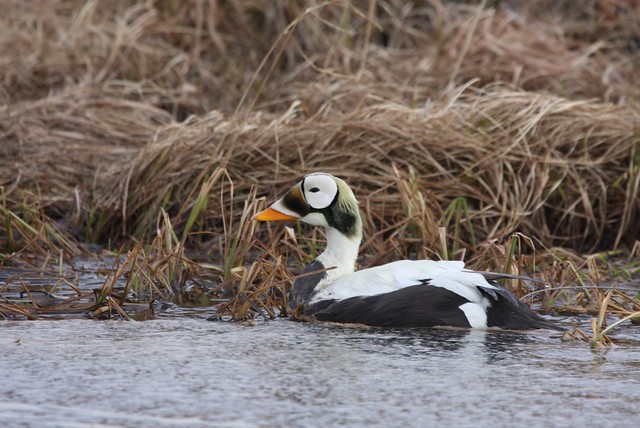 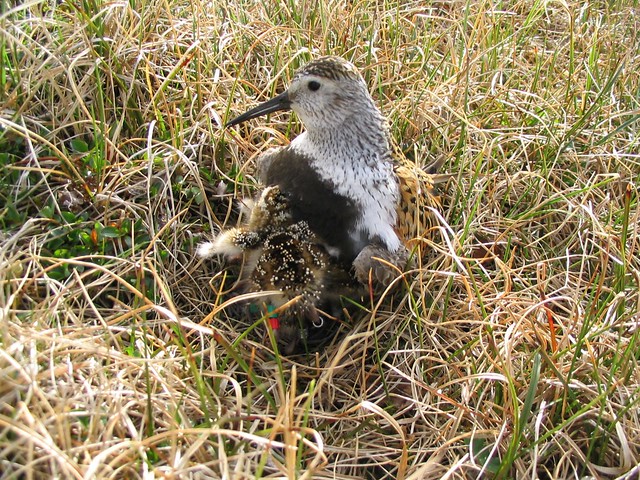 Now that the flyway site is accepted into the network, the real work begins. First and most important in the short-term, we must continue outreach and education on the flyway site. Other actions include increasing Alaska and international coordination on managing birds and habitats of this flyway, working with BLM and FWS staff to plan breeding season bird surveys, writing an article for a BLM newsletter, and sharing expertise with the EAAFP Monitoring Task Force. Discussions with other participants at MOP9 yielded numerous opportunities for outreach and collaboration. With data showing the Dunlin that nest in Qupałuk are primarily wintering in Japan, China, and the Republic of Korea, we will be discussing  more cooperative management and monitoring opportunities and the possibility of sister site relationships with site managers.

Despite cultural, economic, and language differences, and the complex relationships, it is easy to collaborate with people from different backgrounds if there is a common goal. Collaborating on migratory bird management is not only an effective way to manage natural resources, it is a great way to bring people closer together. 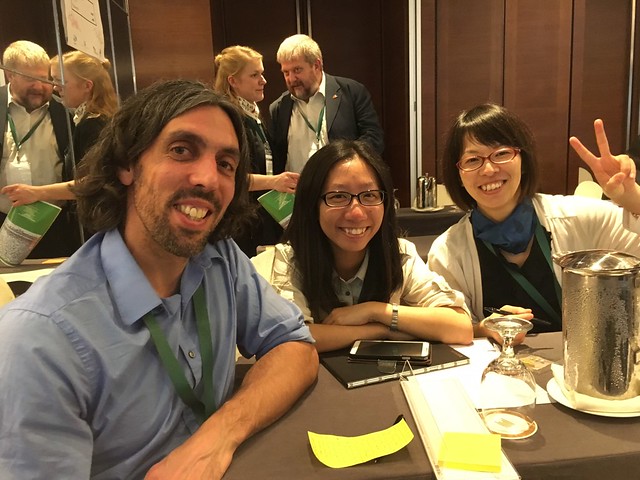 Working with partners at MOP9

For more information on the Flyway Network Sites in the USA, click here