A  grant by the Australian Government’s Threatened Species Commissioner made all the difference to thousands of birds using an artificial wetland near Geelong, Victoria. The area known as Snake Island is part of the Werribee-Avalon Key Biodiversity Area (KBA) and lies within Port Phillip Bay (Western Shoreline) and Bellarine Peninsula Ramsar site and EAAFP Flyway Network Site [EAAF065]. 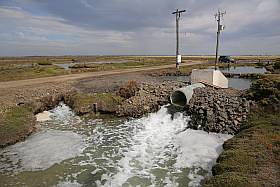 Snake Island is part of the former Avalon saltworks. When it was decommissioned in 1992 (several years before salt production closed in other parts of Avalon Salt-works) an arrangement with a nearby abalone farm was made to ensure water supply continues at the site – that is until the culvert for the water supply collapsed almost a decade ago. Since then volunteers from the local Geelong Field Naturalists, BirdLife Australia Bellarine branch and the Victorian Government’s Arthur Rylah Institute recorded a steep decline of migratory and resident shorebirds. Not one to just sit and watch the decline, local birder Maarten Hulzebosch campaigned tirelessly for the re-instatement of waterflows. He got local partners to the table and under the lead of BirdLife Australia they garnered Commonwealth support for saving the site.

The result: Even though the effects of renewed waterflow are only just becoming visible to the human eye the shorebirds are already flocking to the site. In 2015-16 by far the largest number of migratory shorebirds in Avalon Saltworks was seen at the Snake Island site. The restoration brought back small numbers of the Curlew Sandpiper (Calidris ferruginea) listed as critically endangered in Australia. In winter, Double banded Plover (Charadrius bicinctus) use this area and were found almost no-where else in the KBA than Avalon and Snake Islands. Their numbers exceeded 1% of the world population. Similarly, up to 4478 of the endemic Banded Stilt (Cladorhynchus leucocephalus) within Avalon and Snake Island was well in excess of 1% of the world population.

This wonderful story about how a devastated wetland made a comeback tells us a few things about the importance of artificial wetlands and their management. It is easy to see how fast things can turn either for better or for worse in these modified habitats. What a difference volunteer monitoring and persistence can make and how much can be achieved if people work together for the birds. 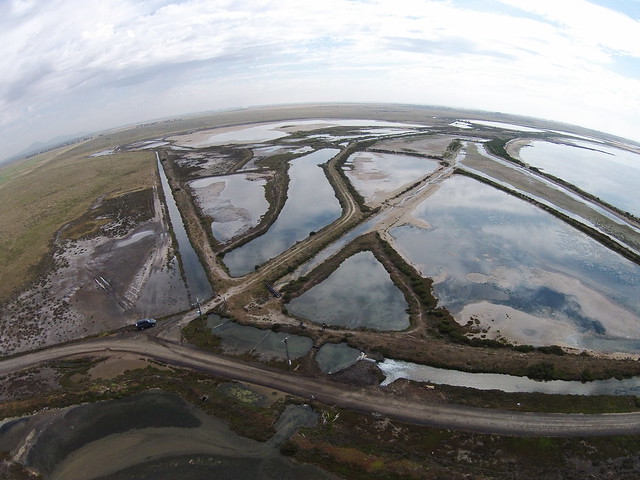 The story is not over yet of course. With informed management of the waterflow the value of the site for shorebirds and other wetland birds could be increased even more. And as it befits a flyway site it cannot be seen in isolation. Nearby Moolap saltworks (also a KBA) have recently been decommissioned and are sitting at a crossroads. A vast majority of Geelong residents wants to see them retained as an international refuge for birds and coastal green (and mud-brown) space for local people. But will they prevail over development interests? The birds certainly need more champions and a few decisions going in their favour to keep the Flyway Site Network intact in the long run.

Acknowledgements:The Snake Island recovery would not have been possible without the support from: Arthur Rylah Institute, BirdLife Bellarine, the Australian Government Department of the Environment and Energy, Corangamite Catchment Management Authority, the Victorian Government Department of Environment, Land, Water and Planning,  , Geelong Field Naturalists and Ocean Waves Seafood.