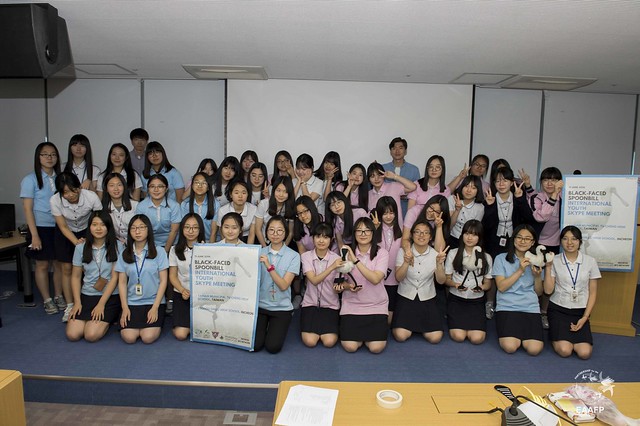 The meeting was held as a part of an awareness raising programme, Black-faced Spoonbill Nature School, which provides opportunities for students in Incheon to learn about this symbolic bird of Incheon, Black-faced Spoonbill (BFS) and the importance of wetlands in Incheon. Staff and volunteers from the Incheon BFS Network and EAAFP visited the schools and delivered a series of lectures as well as conducting a field trip and organizing group works. As the final stage of the programme, the Skype meeting was held to give an opportunity for Incheon students to meet students from the wintering grounds of BFS and better understand that the species is a globally shared treasure and needs international cooperation to ensure its conservation.

The meeting session was opened with a briefing of the current status of BFS by Ms. Sunjeong Nam from Incheon BFS Network. Ms. Nam shared her concern that one of the most important breeding habitats in Incheon might be disturbed by a proposal for a sewage treatment plant in Namdong Reservoir and said, “I hope that we can keep an eye on such ongoing issues.” 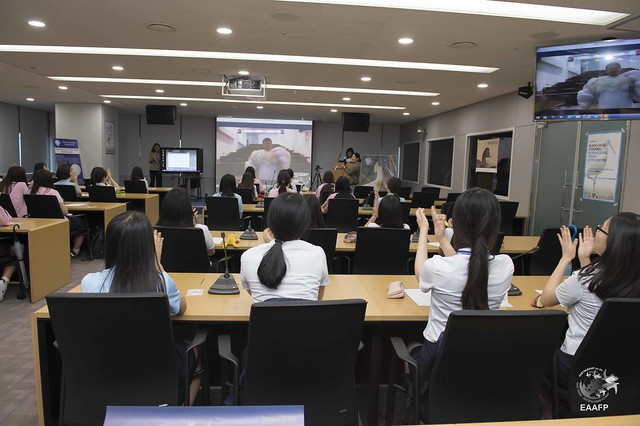 Students introduced topics such  the plumage of BFS seen in each area, threats to the birds, and conservation activities. Students from Taiwan performed a small drama describing the plumage and the life of BFS in their region, which contributed a lot to the enjoyable and informal atmosphere. Then, the students discussed and shared their thoughts on how to deal with threats that were raised in the presentations, such as the lack of habitat, outbreak of disease, and habitat destruction. Solutions that students identified included the administrative measures to be taken, awareness raising campaign, and conservation activities. 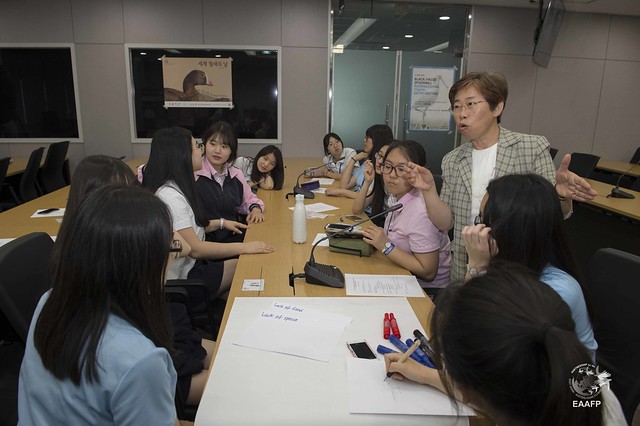 Discussing about the treats to the Black-faced Spoonbill ? Eugene Cheah/EAAFP

At the end of the meeting, students and teachers from Taiwan remarked that they enjoyed the interaction and appreciated the meeting opportunity. Ms. Nam suggested sharing information about the BFS that breed in Namdong Reservoir and winter in Taiwan. Individual birds can be identified by their colour tags. She continued, “I hope that many of you continue and make efforts for BFS and wetland conservation in your own areas.”

Looking back myself as a Korean, the Youths in Korea don’t have many chances to learn about migratory waterbirds, wetlands, and biodiversity. Such meetings convey a vivid experience to a young generation to understand why international cooperation is important for migratory waterbirds. By meeting other students from different BFS habitats, they can clearly understand that the bird is shared species among the countries of the flyway. I hope that the students learned through the programme the value of the ecosystem and necessity to conserve it.  Actually, this is a very good opportunity to understand the world. By not only sticking to one opinion, but by also thinking about pros and cons, putting themselves in others’ shoes and understanding different situations, they understand that there are diverse interests and the wrong and the right actions cannot be judged easily like examples they learn in the textbook.

Below are some comments from the students in Incheon. 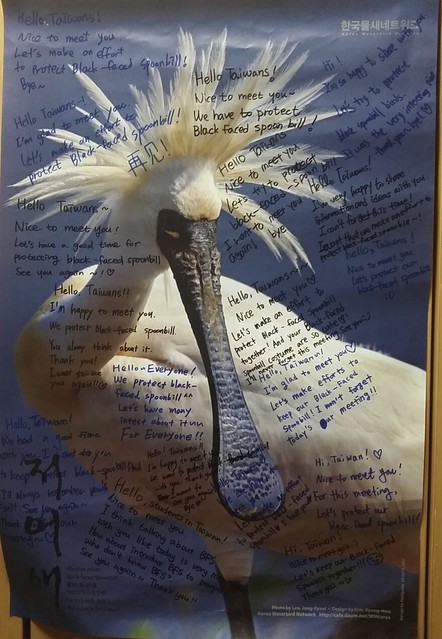 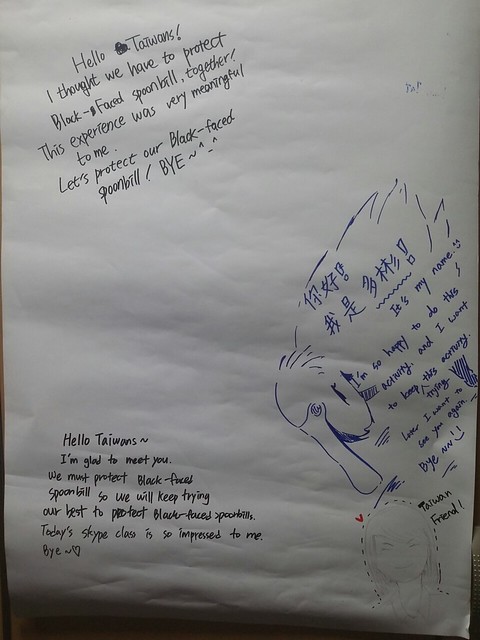 A poster with messages (backside) ?EAAFP 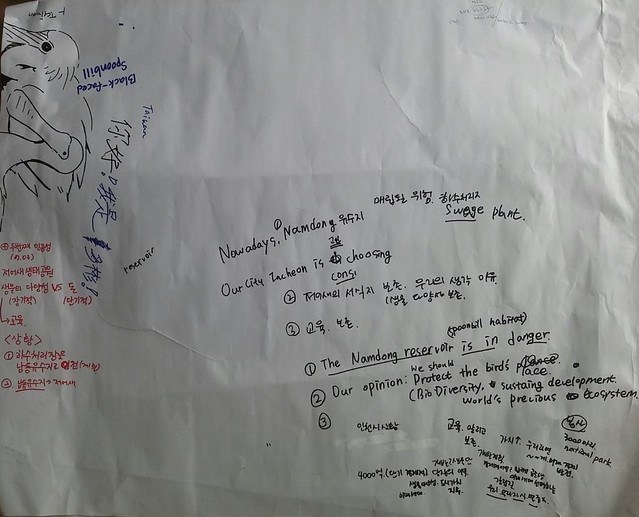