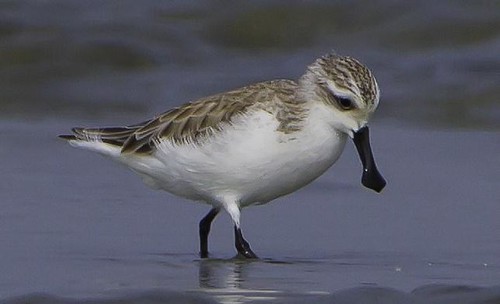 The first specimen of the critically endangered Spoon-billed Sandpiper (Calidris pygmaea) was collected in the mid-19th century from Bangladesh, which still retains the record for the highest single count anywhere in the world – 202 birds in 1989 from Moulevir Char. Since then a count of more than 100 has never been recorded and numbers have fallen over the years. 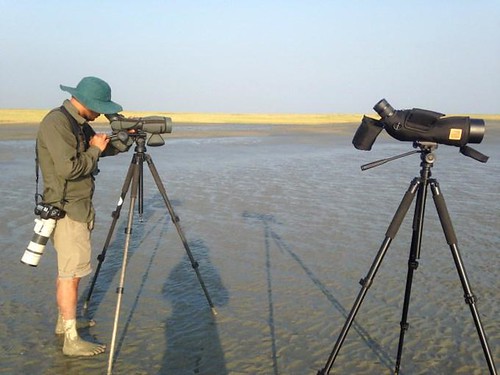 The 4,916 ha Sonadia Island is in the Cox’s Bazar district on the SE coast of Bangladesh and comprises a wide variety of wetland habitats including mudflats, sand dunes, mangroves, sand bars, lagoons, saltpans and beaches. It was declared an Ecologically Critical Area (ECA) by the Government of Bangladesh in 1999. Apart from the Spoon-billed Sandpiper, Sonadia also supports the endangered Nordmann’s Greenshank (Tringa guttifer), as well as other threatened or vulnerable species such as Great Knot (Calidris tenuirostris) and Black-tailed Godwit (Limosa limosa). 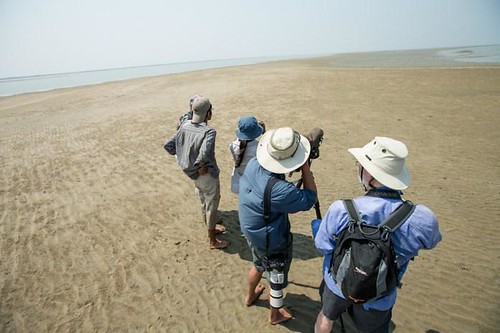 While working on Sonadia Island, we encountered shorebird hunting. Eight hunters claimed to have captured a total of 22 Spoon-billed Sandpipers between October 2009 and April 2010, although they primarily targeted larger shorebirds such as Eurasian Curlew (Numenius arquata) or Eurasian Whimbrel (Numenius phaeopus). Since September 2010, a series of surveys have been conducted to identify hunters and alternative livelihood options for them on Sonadia Island. After a solid year of background work, we finally signed conservation agreements with 25 active shorebird hunters of the island between October and December 2011. Alternative livelihood options taken up include seed and fertilizers for watermelon cultivation, fishing boat, net, livestock, grocery and tailoring (sewing machine) shops. Among these alternatives, the watermelon cultivation was the most successful one. Ex-hunters who cultivated watermelons have earned almost double the amount they used to make by trapping birds.

Village Conservation Groups (VCG) of the five villages on and around Sonadia Island are now monitoring these activities, and ex-hunters repay a small percentage of the income generated by the alternative livelihood to their VCG. The respective VCGs will then use this money for further hunting mitigation and shorebird conservation awareness within these villages. The entire process is being monitored and guided by the Bangladesh Spoon-billed Sandpiper Conservation Project. 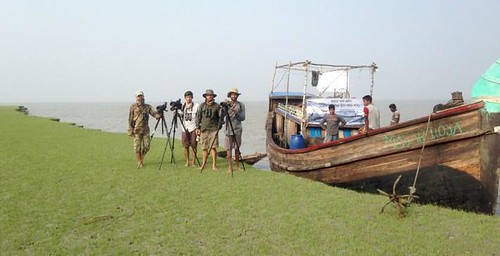 Ex-hunters who have taken alternative livelihood support strongly agreed to protect birds from any sort of threat including hunting and habitat destruction, and assist nature conservation movements in their villages. Also a few of them took specific responsibility to guard and to monitor bird hunting activities at nearby shorebird sites, and these newly ex-hunters are visiting these sites one day every week by rotation. 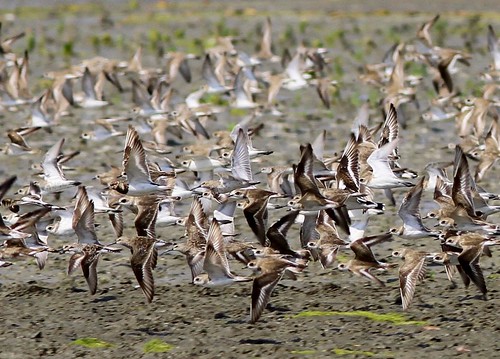 We are confident that bird hunting has stopped on Sonadia Island after our conservation agreement scheme and the number of large waders appears to be increasing with the halt of the hunting. Future actions will include a massive awareness campaign in five targeted villages of Sonadia Island, monitoring activities of ex-huntersand engaging them for further motivation. In addition, regular monitoring of shorebirds including wintering, passaging and over-summering Spoon-billed Sandpipers will be carried out on Sonadia Island, Sandwip Island and new areas will be searched throughout the Bangladesh coast. 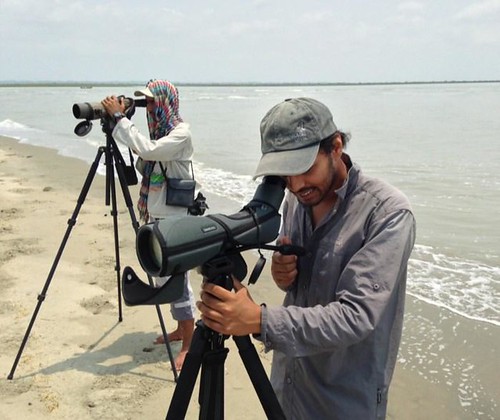