News from the Field: Eggs hatched and release pen ready to go

At 15:30hrs on 10 July, our 30th and last chick hatched! Although we didn’t expect all 34 viable eggs to hatch, we had hoped for 32. Unfortunately that wasn’t the case, with one dying just as it started to hatch and two others just before pipping, and the final egg, despite being incubated for the full term at 25% relative humidity, failing to lose enough weight. 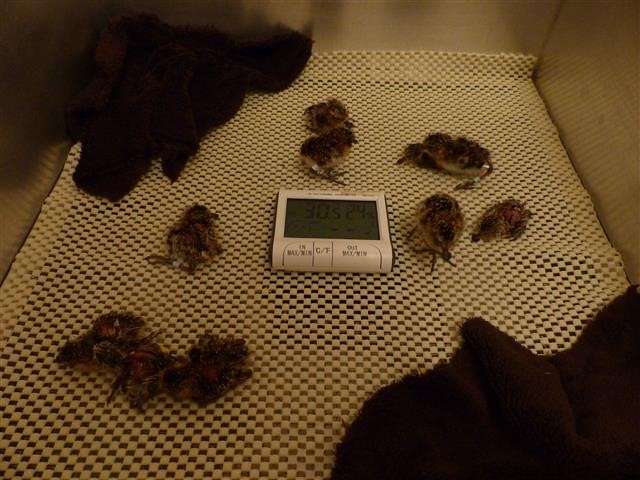 Brooder with chicks of various ages after hatching, 8 July 2017. Photo by © Roland Digby/WWT.

Of the chicks that hatched there were quite a number of very small chicks this year, which is to be expected with the poor weather conditions compared to last year. We also had some quite distended yolk sacs – these were cleaned with iodine and the chicks were kept in clean containers until the protruding sacs were withdrawn into the body cavity and, fingers crossed, we haven’t had any signs of yolk sac infections. Likewise there have been a few weaker individuals that have required a little extra TLC (tender loving care) to get them going and these are also doing well now and growing nicely. Sadly, we do have one individual whose leg was badly injured and may not make it to release.

Other news is that on 10 July the release pen was finished. With all the flooding and bad weather, the work was pushed back a lot more than we’d have liked. To get the work finished in time required a fair few late nights and juggling to make sure that bird care didn’t suffer. We had ideally hoped to start moving birds and aviculturists outside yesterday (12 July) however bad weather and now a storm today means we shall be hopefully moving ourselves with four broods out tomorrow and, if everything runs to plan, we should have all birds outside by 18 July 18. 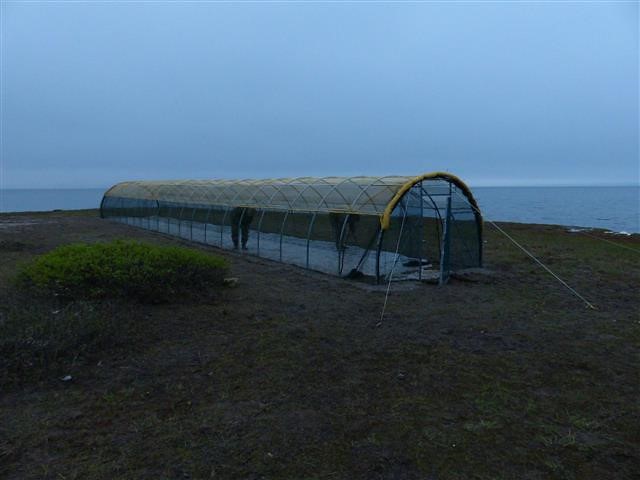